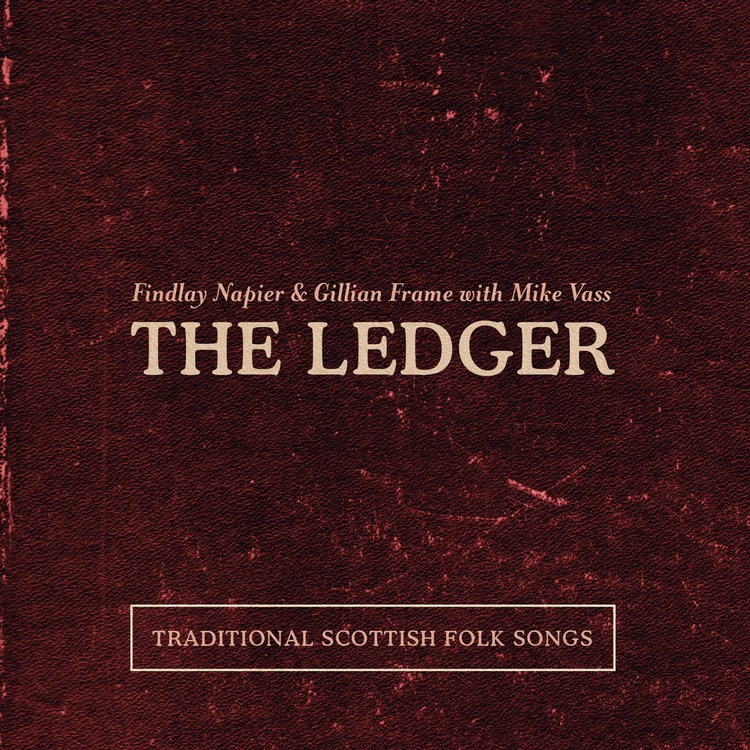 A couple of years ago I had the great pleasure of reviewing Luminosity, the brilliant album of the Scottish folk band Back of the Moon. It was at that point that I fell in love with the voice of lead singer Findlay Napier. Back of the Moon went their separate ways two years after the release of Luminosity, but it didn’t stop the former bandmembers from making music. Findlay Napier for instance released a couple of solo albums: VIP: Very Interesting People in 2015, the EP Very Interesting Extras (2016>, Glasgow (2017), and quite recently It IS What It Is. Especially the 2017 album Glasgow is still a firm favourite within my record collection. Findlay isn’t the only former Back of the Moon member that I’ve been following. Although not involved in this particular project, some of you may have read my reviews of the folk concept albums Findlay’s brother Hamish Napier has released over the years. And to keep it all in the family, Findlay’s wife, Gillian Frame released a lovely album of her own called Pendulum (2016) that I also had the pleasure of reviewing. Given how much I love all the albums by this musical family – and their friends-, you can imagine how much I was looking forward to hearing The Ledger. Little did I know it would become a journey into traditional Scottish folk music. A musical journey I enjoyed a lot! 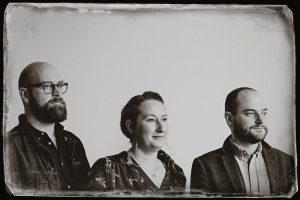 So what’s the story behind The Ledger? In this case, it is easiest to let Findlay Napier explain it himself: -‘Every week in the late 50s and early 60s The Scotsman published a traditional Scottish folk song: lyrics and melody alongside an explanatory article. My Grandfather cut them out and pasted them into an old ledger. In early 2018 Gillian, Mike, and I whittled over sixty neatly cut and pasted songs from the ledger down to the songs you hear on this recording. At first, we searched for a theme but in the end, we chose the ten we liked singing the most. The Ledger is best enjoyed beside a roaring fire with a dram…, tea and coffee also work…, especially with a dram in them.’ [taken from Bandcamp] So there’s The Ledger for you. A lovely trip down memory lane recorded by Gillian Frame ( fiddle, lead- and backing vocals), Findlay Napier (guitar, high strung guitar, lead, and backing vocals), Mike Vass (tenor guitar, fiddle, and music box) together with Euan Burton (bass) and Steve Fivey (percussion). Bonnie George Campbell is the song that opens this album and indeed it feels like a warm fire on a winter’s evening. Now I already told you, I just love Findlay Napier’s singing. His voice feels so emotional, it has such a beautiful timbre, his technique seems so effortless, that his vocal chords always seem to make a direct connection with my heart. He manages to add meaning to every word he sings, making him the ultimate singer/songwriter in my opinion. Combine that voice with some delicate guitar -, and bass playing, add the beautiful second voice from Gillian Frame, and you get a song that feels timeless. Call me weird but Bonnie George Campbell actually feels like home. That comforting feeling of coming home is something that stays with me throughout this whole album. Findlay, Gillian, and Mike have managed to capture the feeling I would have had visiting my grandparents as a young kid, playing with the old toys, having that lovely tomato soup only grandma could make. All the songs on The Ledger ooze tradition, but without sounding old-fashioned. Bonnie George Campbell may sound purely traditional, with the next song, the more upbeat Burnie Bushel I can already hear the first cool tweaks I recognize from Back of the Moon’s Luminosity. There is that cool second guitar weaving through the song from the start for instance. Or the catchy fiddle solo Gillian plays halfway through Burnie Bushel. And I haven’t even mentioned that cool high-pitched sound coming in at the end yet, making me think for a second it was a hurdy-gurdy. I love those modern tweaks the ‘band’ has woven into the music. Contrasting, yet also complimenting the warm traditional singing style of Gillian and Findlay. It is the constant contrast between these modern, contemporary tweaks and the traditional singer/songwriter duet style that is the strength of this album. It is also the reason why I started looking up the songs played. It made me curious how other artists jhad done it. It also made me curious about the history of all these songs. The first time I listened to Baloo Baleery for instance I made a note about the cool music box intro it had. It makes the song feel warmer, more tender I wrote, not knowing it is actually a Scottish lullaby. That clearly explains the music box AND the warm feeling of this song. The ‘band is extremely good at giving the lyrics exactly the right musical feel. The next song Van Diemen’s Land proves that straight away. Van Diemen’s Land is an old transportation ballad. It tells the story of a poor fellow caught for poaching who was transported to Van Diemen’s land (New Zealand) only for that reason. True to the text the music has a slightly dark, eerie feel over it. Not too much though, only subtle. You hear it in the slight echo used on Gillian’s voice, the equally subtle distorted effect used on Findlay’s backing vocals, the weird, cool-sounding, high-pitched plucked strings (is that the high strung guitar Findlay Napier is credited with playing?), the build-up of it all. Every aspect adds to the sadness captured so perfectly in the lyrics written some 200 years ago. Barbara Allen is a nice comfy folk song, luring you into the Highlands. It gave me the feeling I was floating adrift over the deep dark lochs and through the hidden glens of bonnie aul’ Scotland. As I said, this album feels so much like a homecoming. And home is a stone cottage hidden in the green shoulders of the Cairngorms. At least while listening to this beautiful seventeenth-century ballad it is. Come to think of it, one more thing I like about this album is the lack of obvious evergreens. Yes, all ten songs are traditionals, but I’ve personally only heard Jamie Raeburn and Walking All Alane before. Granted, when it comes to Celtic folk music I’m still on a journey of discovery, but still… 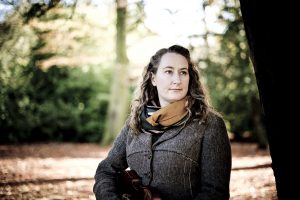 Walking All Alane would be the exception that makes the ‘lack-of-evergreen’ rule. The minute you hear the first notes you will recognize it as the tune of Twa Corbies; The three Ravens, but in this case with lyrics narrating about yet another love affair meeting a tragic end. After declaring my love for Findlay’s voice earlier on, I now have to do the same for Gillian’s too. She tells this tragic story so beautifully. Again the arrangements are amazing as well. The effect on Findlay’s voice creating a certain distance in space and time is so cool. Not to mention the melodramatic string ending finishing the song brilliantly. Candy to the ear, and not only for fans of folk music. I want to pick out one last song that is recorded on The Ledger: Twa recruitin’ Sergeants. Again a song that goes all the way back to the seventeen hundreds. In those days boys and young men would be ‘tricked’ into voluntary service with the British armies, helped by the prospect of money, the promise of a good life..and maybe a drop or two of the strong stuff. Now this song was born as a merry march, perfect to impress the unfortunate young lads, and normally it is still played as a jolly sing-a-long. Not on The Ledger. Gillian, Findlay, and Mike deliberately took the tempo out of it and turned it into a melancholic ballad with some truly beautiful fiddling in it. To me, it feels like they are playing it from the perspective of the same unfortunate youngster, but now at the night before he has to go into battle, hearing the promises of the recruiters ringing in his ears one more time, full of remorse. Or maybe it is from the perspective of a parent? Sitting on the side of a fresh grave, reading the last letter of their beloved son, the words he wrote dancing over and over before their tear-filled eyes. In any case it is beautiful. ‘And it’s over the mountain and over the Main, Through Gibralter, to France and Spain. Pit a feather tae your bunnet, and a kilt aboon your knee, Sae list my bonnie laddie and come awa wi me. – Cliff Editor: Sara Cover art: Elly Lucas Pictures: Elly Lucas