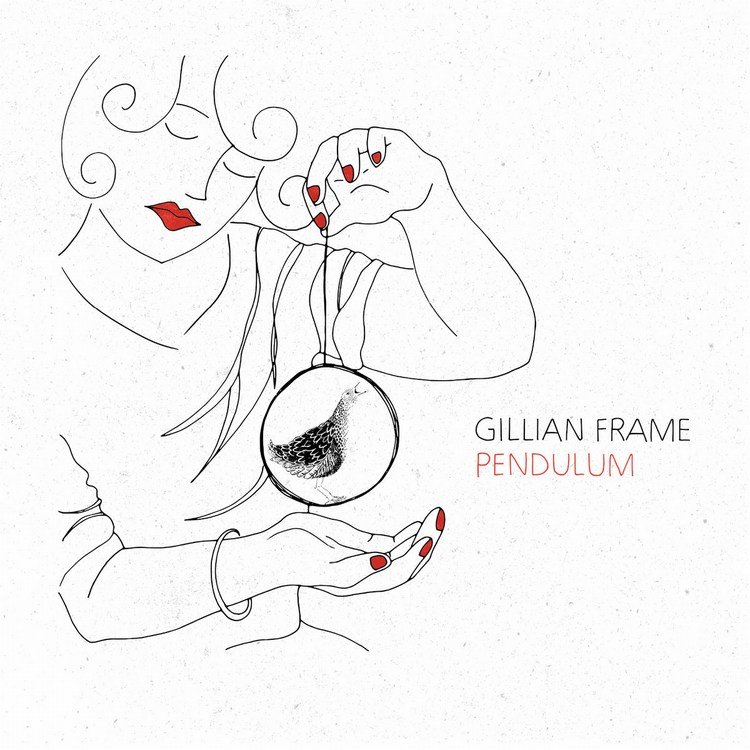 A couple of weeks ago the former Scottish folk band Back of the Moon were featured in the CeltCast Classics series, with their beautiful album Luminosity. Lead vocalists in Back of the Moon were husband and wife Gillian Frame and Findlay Napier. As a thank you, CeltCast received a Christmas gift package from them with 5 more CDs in it. three of them are solo albums recorded by Findlay Napier: VIP, Very Interesting Persons; (2015); the 2016 mini-CD VIP, Very Interesting Extras; and the 2017 album Glasgow. All of them beautiful albums that, sadly, don’t fit the CeltCast format. 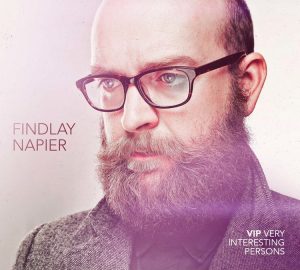 But if you love extremely good singer-songwriter material, sung by a singer with a beautifully warm voice, with slight touches of Americana in it, those three albums are pure gems. Just listen to The Man Who sold New York or Rising Sun – both found on VIP, Very Interesting Persons – (right) or his homage to Glasgow or Cod Liver Oil and the Orange Juice -Both on Glasgow – and you will be sold. If we would play American folk on CeltCast these albums would be on the server within minutes. Another album we would straight away add would be The Story Song Scientists album with the same name that came out in 2019. Another beautiful American singer-songwriter folk album. This time recorded by Findlay Napier and Megan Henwood. Again, a beautiful album filled with golden sounds to drown into. Unnameable Radio, Shepherd, North Pond Phantom, Wild Wild Country, they are all just brilliant singer-songwriter songs with beautiful vocals. Boy do those two voices go nicely together. The last CD in the package luckily IS a true Scottish folk cd and will, of course, be the subject of this review. Gillian Frame’s 2016 solo album Pendulum. 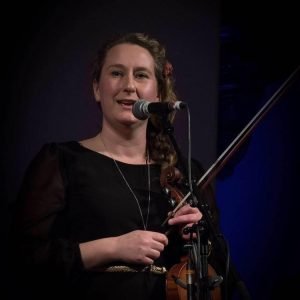 For those who missed the Luminosity review, fiddler and singer Gillian Frame was one of the founding members of the Scottish folk band Back of the Moon. After the band stopped she carried on with numerous Projects. She has been featured on more than a dozen albums and worked as a session musician with acts such as The Unusual Suspects, Breabach, Treacherous Orchestra, Rachel Sermanni, Deaf Shepherd, Mairearad and Anna, and Duncan Lyall’s Infinite Reflections. If that wasn’t enough she still regularly performs with her husband Findlay Napier in his duo, trio or whatever form the bookers want them to perform, and if THAT wasn’t enough she is also a fond music teacher – just as most of the former Back of the Moon members are actually – helping to create a new generation of folk artists. In 2015 work started on her latest solo album Pendulum, together with producer Mike Vass, who also plays tenor guitar, mandolin, viola and provides vocals on Pendulum. Other musical friends joining Gillian on the album were Anna Massie – guitar, banjo, mandolin, and vocals; Euan Burton – double bass, vocals; Adam Holmes – vocals and Phil Hague on percussion. And together they made a lovely album that fans of Cara, Shantalla, Gwendolyn Snowdon, and of course Back of the Moon will absolutely love. The goodness starts straight away with Rothes Colliery, a homage to the coal workers working ‘deep down under the ground‘ to fuel the upcoming modern western wealth. In essence, it’s a simple song, Gillians warm voice that reminds me of Shantalla’s Helen Flaherty, a catchy guitar chord and a short violin solo, but in THAT lays the power of this song. It hits you, right where it should. A lovely start that proves the old proverb: less is more. Gillian Frame and Mike Vass performing Rohtes Colliery on TRADtv Live Room. Lovely Molly is another warm Celtic song. I really fell in love with Gillian’s voice during the preparation for this review, She has a really soothing voice that tugs you in a blanket of warmth. Lovely Molly is a traditional song she was thaught during a ballad workshop by Anne Neilson and Gordeanna McCulloch. The arrangements on Pendulum do the song more than justice. 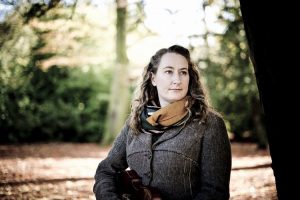 Listening to Pendulum one more time for the review, I could easily mention all the vocal songs as favourites. Just as her husband Findlay, Gillian has the capability to really tell a story, hitting you in the heart every time she does it. Let’s just go through a couple of the songs anyway. The Echo Mocks the Corncrake is another beautiful traditional wonderfully interpreted by Gillian, Mike Vass, Anna Massie, Euan Burton and Phil Hague. Very touchingly done, it has a lovely acoustic guitar orientated arrangement and again, in this simplicity lies its power. A beautiful song. Silver Tassie is a duet Gillian sang with Adam Holmes. His deep rich voice works really nicely with Gillian’s in this song that – according to Gillian Frame – is a family favourite. Fine Flooers is Gillain Frame’s version of the classic ballad The Cruel Mother – with lovely backing vocals of Anna Massie. The Lass o Glenshee… , oh I’ll just stop there. They are all beautiful Celtic singer-songwriter folk songs that I could play time and time again. But there is even more to this CD then just Celtic singer-songwriter songs. It would be odd to have a solo album of a folk vocalist and fiddler, without any instrumental folk songs on there too wouldn’t it? So, of course, there are. The Grinder/The Red Crow/The Sisters for instance, a lovely instrumental duet between Fiddle and guitar; Or I could mention the lovely fiddle ballad starting Hug air a Bhonaid Mhoir​/​Cha Tig an Latha. As with the vocal songs, it is not about the speed or a big show-off of skills. No, it is all about telling the story of the song through the fiddle. Gillian Frame and Mika Vass performing Hug Air A Bhonaid Mhoir and Cha Tig an Latha on TRADtv, 2016 Both the Grinder medley and Hug air a Bhonaid Mhoir​/​Cha Tig an Latha, Gillian says, are Puirt á beuls. I had to look it up on the internet and found the term on Wikipedia. It tells me puit á beuls are: ‘A traditional form of song native to Scotland, Ireland, and Cape Breton Island, Nova Scotia. Usually, the genre involves a single performer singing lighthearted, often bawdy lyrics, although these are sometimes replaced with meaningless vocables. In puirt à beul, the rhythm and sound of the song often have more importance than the depth or even sense of the lyrics. Puirt à beul in this way resembles other song forms like scat singing.’ Reading this explanation it makes perfect sense that the melodies are arranged in a way that the fiddle takes over the role of the voice. Instrumental Puirt á beuls so to say. The instrumental songs: Jubilee Jig/Mom’s Jig/McKenna’s and the touching Pendulum/Grace’s end this lovely album that I thoroughly enjoyed from the very first note till the very last. – Cliff 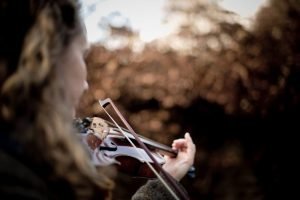