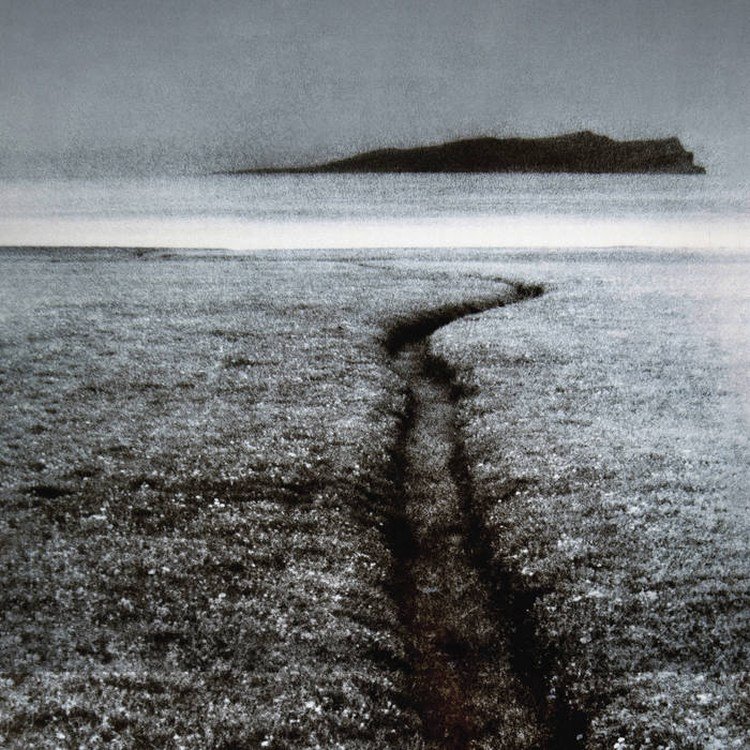 This is the creature “This is the creature there has never been. They never knew it, and yet, none the less, they loved the way it moved, its suppleness, its neck, its very gaze, mild and serene. Not there, because they loved it, it behaved as though it were. They always left some space. And in that clear unpeopled space they saved it lightly reared its head, with scarce a trace of not being there. They fed it, not with corn, but only with the possibility of being. And that was able to confer such strength, its brow put forth a horn. One horn. Whitely it stole up to a maid – to be within the silver mirror and in her.” Rainer Maria Rilke

It might seem a bit odd, starting a folk CD review with poem, but for me, writing a review is not about judging and dissecting the music. It is all about sharing. Sharing what I hear and what music does to me. In this particular case, the music Salt House recorded, had my mind drift off to this poem time and time again. I’ll tell you why. The power of This is the Creature is that every word is carefully selected to be there, none more needed, none more written. Every word opens up a space to wander into. It is real, yet it is not. And most importantly, Rainer Maria Rilke uses the power of limitation. Less is more. Less is beautiful. The first track on Huam, called Fire Light, starts just like that. It is just a single guitar melody and a voice. Nothing more, nothing less. A warming tender voice though. A poetic voice too. And that is it. That is all you need for a beautiful song. Yes, there is the added violin, that subtle sound of the dulcimer, that build-up to a beautiful ballad, but it never takes away from the essence of the song: the words, the poetry in it. Beautiful poetic music, Singer-songwriter folk at it’s very best The sixth track If I Am Lucky is equally beautiful. Again that beautiful combination of a guitar and a voice, beautiful harmonies, and a gentle but really catchy hook weave through the song. But once again this is all to support the words, the poetry. All three members of Salt House are storytellers, singer-songwriters in the purest form, never overdone, never overdramatic. Always honest, with a sprinkling of tenderness and positivity that I just love. Every single note of it. In older folk songs there is often a lot of pure storytelling. Think of songs like The Well, Twa Corbies, Matty Groves or Little Duke Arthur’s Nurse. With Lord Ullins Daughter, Salt House also recorded such an old story, and it is the perfect combination of story and music. It has a slightly darker feel than the first two songs I described, achieved just by a simple guitar rhythm at just the right tone and the viola ‘creeping’ under it. Who needs all kinds of fancy keyboard effects if you have a voice, guitar and viola? Not Salt House! Huam – the Scots name for the call of an owl – is Salt House’s third album. In 2013 Siobhan Miller (vocals, harmonium), Ewan MacPherson (guitar, vocals, banjo, Jews harp), Lauren MacColl (viola, fiddle, vocals) and Euan Burton (double bass, Rhodes piano, vocals) recorded the debut album Lay Your Dark Low. An album equally as beautiful as Huam, slightly richer in arrangements but lovely Celtic singer-songwriter folk. Don’t expect any dance tunes on Salt House’s albums: the band’s focus is on the storytelling side of folk, and they do this in a fresh and modern way that is reminiscent of like-minded artists like Back of the Moon, Findlay Napier , or Cara. In a slightly different line-up (Singer-songwriter Jenny Sturgeon joining Ewan MacPherson and Lauren MacColl) the band recorded the more balladesque record Undersong (2018). On Undersong the band focusses even more on the lyrics side of a song, while the instruments becoming a ‘simple’ accompaniment to the songs. Like a simple dressing to a salad. 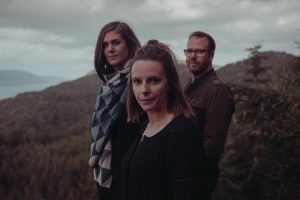 On Huam Jenny, Ewan, Lauren and producer Andy Bell (who also worked with them on Undersong) added just that touch more melody and interest to the arrangements, making Huam sound like the perfect balance between Lay Your Dark Low and Undersong. To keep the salad comparison up, this time we don’t have a salad-with-dressing. Instead, we find little added surprises: some sundried tomatoes, some honey roasted cashew nuts, some rosemary spiced goats cheese, spicing up the ‘basic’ salad ever so nicely into something really delicate and special (And yes, I DID go to a fancy restaurant the evening before I wrote this review) We are already getting to the end of the review. Just as the music on Huam, less is more. Huam is a truly stunning album that both me and my lovely editor Iris love. (Actually, we all love it at CeltCast HQ, Fire Light has even been voted to be the Monthly Marker for August.) Sometimes I can compare Salt House’s music with the early work of Rachel Croft (The Disquiet for instance), sometimes with Cara (just listen to Union of Crows and you’ll understand why). Sometimes the band sounds light and cheerful like on All Shall Be Still, sometimes deeply traditional like on William and Elsie, and sometimes even Christmassy (add some *sleighbells* and Mountain Of Gold is the next CeltCast Christmas hit). Most of all they sound pure and honest, making Huam a beautiful singer-songwriter folk album. It’s one that I will be playing many times more after publishing this review. An A+ album if I would be giving points. – Cliff – Editor: Iris – Picture: Salt House