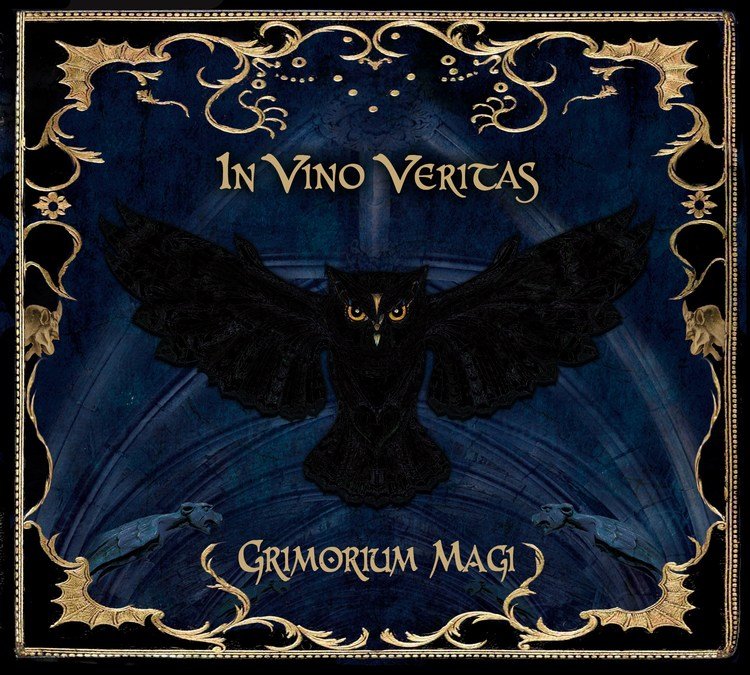 I came into the magical world of Castlefest, Elfia, MPS, and all the music that comes with it through medieval re-enactors. Even before I met my German girlfriend I already had a love for the Mittelalter metal of In Extremo and the medieval rock of Schandmaul, so it was a no-brainer that Anna took me to a Mittelalter market as soon as she had the chance. It was on those markets that I discovered the cheerful sound of bands like Wirrwahr and Dopo Domani. Medieval street musicians playing jaunty songs on big drums, shepherd’s pipes, hurdy-gurdy, and violin, quite often with funny stories in between, entertaining the crowd and the re-enactors alike. Since then I have discovered that every re-enactment scene in every country has those bands. I’m thinking of bands like Datura in the Netherlands, Virelai in Denmark, or In Vino Veritas in Italy. And it is the latter band that this review focuses on. Their 2014 album Baccabundi is a pure celebration of medieval fun, filled with classics like Ai Vist A Lo Lop, Tourdion, Bache Bene Venies, and Saltarello, but also original material such as my personal favourite Dracodanza. So when I received my copy of Grimorium Magi, I was getting myself ready for another bit of fun medieval time travelling. Well, not this time, not quite.

Ai Vist A Lo Lop by In Vino Veritas from their third album Baccabundi In Vino Veritas are a medieval pagan folk band from Carrara, Italy. The band formed in 2010 and since then they have recorded 3 albums and a DVD: the sold-out debut album Ludicantigas, the also sold out DVD Bestiarium, the 2014 record Baccabundi and the new CD Grimorium Mari. The band calls themselves a medieval pagan folk band and indeed, on those early albums you will find original compositions as well as medieval traditionals, focusing on pagan themes and the goliardic tradition *). On their DVD and live show Bestiarium, In Vino Veritas push their concept one step further, stating themselves that: ‘Bestiarium is our new show about beasts and mythological animals, inspired by the medieval bestiaries and by the tradition of the itinerant masked bards, reminding of the traits of gargoyles sculptures.‘ While introducing the new album In Vino Veritas already warned their fans that it would be something different. ‘A new sound, both ancient and modern, psy folk, trance folk, pagan folk, world fusion, and much more!’ Well, you can’t say they didn’t warn you. 🙂 The first bars of Serpens Mundi are what we are used to: a cool violin riff, hurdy-gurdy, and ‘normal’, although modern-sounding, drums. But then comes a modern bass guitar and odd spacey keyboard effects, giving the song a totally different vibe. Still cheerful and fun, but modern, very modern. As I’m listening Serpens Mundi is drifting between medieval music and Eastern European / Arabian world music, with a very strong dance vibe. Precatio Terrae continues in that style: a strong bass guitar riff, modern drums, mixed with a traditional melody reminiscent of the Renaissance played on the nyckelharpa, and Latin lyrics. You could call it Renaissance disco music and, although it sounds so wrong, it works. I never knew it, but the energy of medieval dance music and that of modern Italo disco fits like a glove. The Alain Stivell-like harp solo halfway through the song is just the icing on the cake. This band mix the two worlds together so very cleverly. In Danza Del Troll for instance: a lovely nyckelharpa and flute melody, again totally Renaissance in feel, where the sound of the keys of the nyckelharpa become part of the rhythm section under it. So clever. A trick the group uses again in Benandanti. In Vino Veritas does with medieval music what The Sidh did with Celtic folk, or Instinkt did with Scandinavian folk, fusing it in a very clever way with modern dance music. It might be a shock to the system for the purists, but let them headline at any pagan folk or medieval festival and you’ve got a huge party on your hands. I am not gonna pick up every song on this album, that is up to you, but I can guarantee that you won’t sit still listening to songs like Taranis (medieval folk meets 70’s disco), or Mabinogi (Swedish folk meets Italo disco), the slightly jazzy Mezunemusus (hello Shakatak jazz saxophone), or my favourite on this CD Gargoyle (medieval folk meets dance classics). With Grimorium Magi, In Vino Veritas did exactly what they promised they would: create a musical adventure ride, a unique balance between old and modern dance music. The songs are catchy and fun, inviting you to dance and sing. Renaissance Italo disco made to party. And as I party on I invite you all to do the same thing. Get this album, open up your windows and doors and let this music fill the warm summer air. If we can’t have a festival season this year, why not create our very own all together? Let this record be the soundtrack under it. – Cliff Editor: Iris de Wolf *) according to the Encyclopædia Britannica Goliards were: “wandering students and clerics in medieval England, France, and Germany, remembered for their satirical verses and poems in praise of drinking and debauchery. The goliards described themselves as followers of the legendary Bishop Golias: renegade clerics of no fixed abode who had more interest in rioting and gambling than in the life of a responsible citizen.