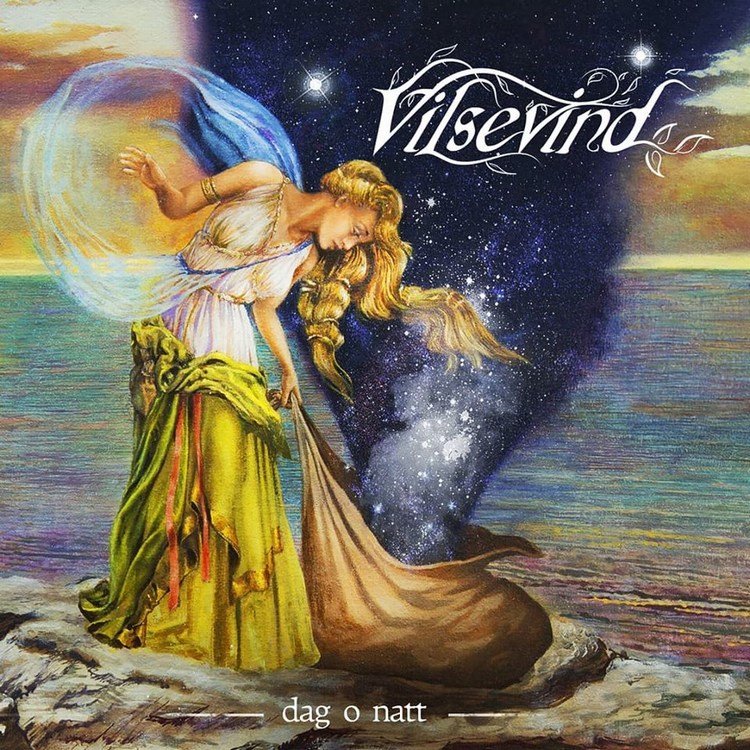 At CeltCast we don’t often get post from South America. And if that envelope then also includes a Swedish folk CD, you can imagine the music team got a lot more than just interested. We were actually intrigued. The CD we got is called Dag O Natt, and the duo who sent it to us has the typical Argentine name of Vilsevind. A quick look at their Facebook page tells us a bit more: -‘Vilsevind -Swedish for “wandering wind- is a Swedish-Argentine duo made up of spouses Sergio and Johanna Ribnikov Gunnarsson. As sound travels farther on water, their musical style can be described as North Sea music, a crossover between Nordic Folk and Celtic Music. Their main source of inspiration is Nordic history and folk life, superstitions and folklore and nature, especially that of the island of Öland, Johanna’s birthplace.’ And so I ended up with a North Sea folk album all the way from South America on my review desk. And I can already reveal, I am not complaining.

So Vilsevind is Swedish-born Johanna Ribnikov Gunnarsson on vocals and concertina, and Argentine-born Sergio Ribnikov Gunnarsson on vocals, Irish bouzouki, guitar, mandolin, hurdy gurdy, jaw harp and offerdalspipa (A Swedish flute based on a flute from the museum of the Offerdal Heritage Centre. It was bequeathed to the Heritage Centre in the 1960s by a man from Fiskviken, a village in the borough of Krokom.) Already an impressive list of instruments. 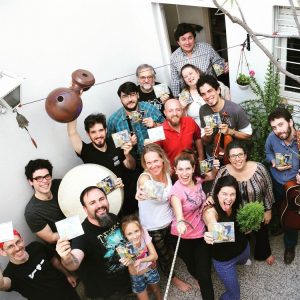 But the couple didn’t record Dag O Natt as a pure duo, not at all, it was a huge project with as much as twelve guest musicians involved, playing percussion, guitars, a Galician bagpipe, a Cretan Lyra, Strings and Irish whistles. Vilsevind themselves already said that they play North Sea music, and from the first notes of Ingång: Dag you can hear this is more than just Swedish folk. This first song actually sounds more like film music with added sound effects. It sounds like a small vessel on the North Sea is washed ashore by the tides of time. In it are two musicians who wake up to tell their tale. I love the cello setting the tone in this song. Ingång: Dag is followed by the upbeat song Fuego. Fuego is cool mix of folk influences. Think of a mix of the cabaresque sound of Twigs and Twine, the Swedish folk of Asynje and a touch of medieval bagpipe. The third song, Ödeblues, reminds me even more of Twigs & Twine. Not only in the way the music is arranged -a cabaresque, upbeat ballad that ends up as an acoustic power-ballad- but also in the vocals. Johanna has a pleasant voice that reminds me very much of Lian’s, one of Twigs & Twine’s female vocalists. Sergio has a nice warm voice that complements Johanna’s voice perfectly. As a singing duo their voices work very well together. During Ödeblues the different percussion and Irish bouzouki players join in. Where in Dag you could still say you are listening to a duo, during Fuego and especially Ödeblues it is clear that Vilsevind went for a full band sound. All in all Ingång: Dag, Fuego, and Ödeblues are a very pleasant start to this CD, that up to now is indeed more general Celtic sounding than pure Swedish. Flat White/Elfshot is an instrumental song that starts as an instrumental Swedish folk ballad with Flat White, with a high pitched string- and tin whistle melody in it, that gives it an ever so slight Japanese/Chinese feel (to my ears at least.) I don’t think it is deliberate, but once I heard it I couldn’t get the comparison out of your mind anymore. What IS intended, is that the song is a lovely Celtic instrumental ballad that suddenly jumps to an Irish up-tempo dance song. And jump is the right word here. It really jumps from a ballad into a cheerful upbeat dance song, including an extremely cool jaw harp rhythm, bound to put a huge smile on your face (As will the story behind this song. Read it, you will laugh your a** off) A lovely musical surprise and this will not be the last surprising twist on Dag O Natt. Thorsten Fiskare is a nice ballad based on a work by the Ölandic poet and playwright Erik Johan Stagnelius . Most of the songs, written by Sergio, Johanna or both of them together are in Swedish. The only two exceptions are Oración and Kalabalik which are sung in Spanish, the latter by Sergio. As far as I can tell from Google Translate (which had a looooot of trouble trying to translate the Swedish poetic lyrics into proper Dutch) all the songs are island folk poems, telling about universal themes as love, longing, loss, myth, and… wait for it… Coffee! For those who master Spanish, they can read all about the background of the songs on Vilsevind’s webpage. For those non-Spanish speaking readers, try translating the synopsis in Google Translate, that works much better. (Or you can use the link the band provided. shorturl.at/lmMO5) Coming back to Thorsten Fiskare, it is definitely one of my favourite songs on Dag O Natt. A lovely ballad to start with, The voices of Johanna and Sergio blend beautifully with the Irish bouzouki, and it would not be a Vilsevind song if the music didn’t change halfway through. In this case, you get the feeling Trolska Polska entered the studio to join in for a bit. Totally fitting for the story Vilsevind are telling in Thorsten Fiskare. Majsol is the loveliest of the ballads on Dag O Natt. A beautiful duet between Irish bouzouki and voice. There are moments at the start where I mistake Sergio’s bouzouki for a harp. Just stunning. The violin and concertina gliding into the sound at the end or the staccato string section after that are just the icing on an already beautiful cake. I have to compliment Manuel Villar Lifac on his string arrangements throughout the album, and also Marcelo Ismael Rodriguez who recorded, mixed and mastered Dag o Natt to an outstanding quality. I love all the bits and pieces added to the music to make it interesting. Well done! 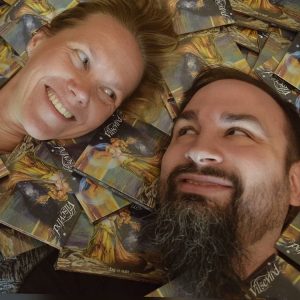 By now we are nearing the end of the album. Virvelsinn is the song the duo wrote to give the name Vilsevind and everything it stands for its own voice. And indeed it represents the band perfectly. Virvelsinn is a celebration of poetic, European folk music. It feels like Johanna has taken the memories of her musical heritage and, together with the love of her life, and the new friends she gained, she plays it in a new land, both to cherish those memories and to give the music as a gift to the people in a new land she clearly loves too. Kalabalik is one of the two songs in Spanish and the only one with Sergio on lead vocals, but don’t expect it to sound Argentinian at all. It’s a wonderful blend of Irish folk and Swedish traditional music in the Spanish tongue, admittedly with a bit of accordion that takes me to the lovely Celtic folk made in Brittany, as Wouter & de Draak would play it. And in that way Vilsevind keeps mixing the best bits of the western European folk music together. And Vilsevind has yet more tricks up their sleeve, how about an Indian sitar blended into Swedish folk for instance? In Vilsevinds musical world, not a problem. Another example is the lovely folk-pop flute melody in Tusentals Färdas, a song that could easily have been on Gwendolyn Snowdon’s latest solo album too. And that sums up Vilsevinds music. Its positive happy music, made with a big wink and a huge smile. Dag o Natt is indeed what Sergio and Johanna claim it is on their website: “A celebration of Swedish and Celtic folk music combined.” A celebration that I hope to hear a lot more of in the future. The world can use more musical smiles like this. A lot more, actually! – Cliff Editor: Sara Weeda, Sleeve art: Sandra Núnez Castro, Pictures: Vilsevind