The key to the nyckelharpa 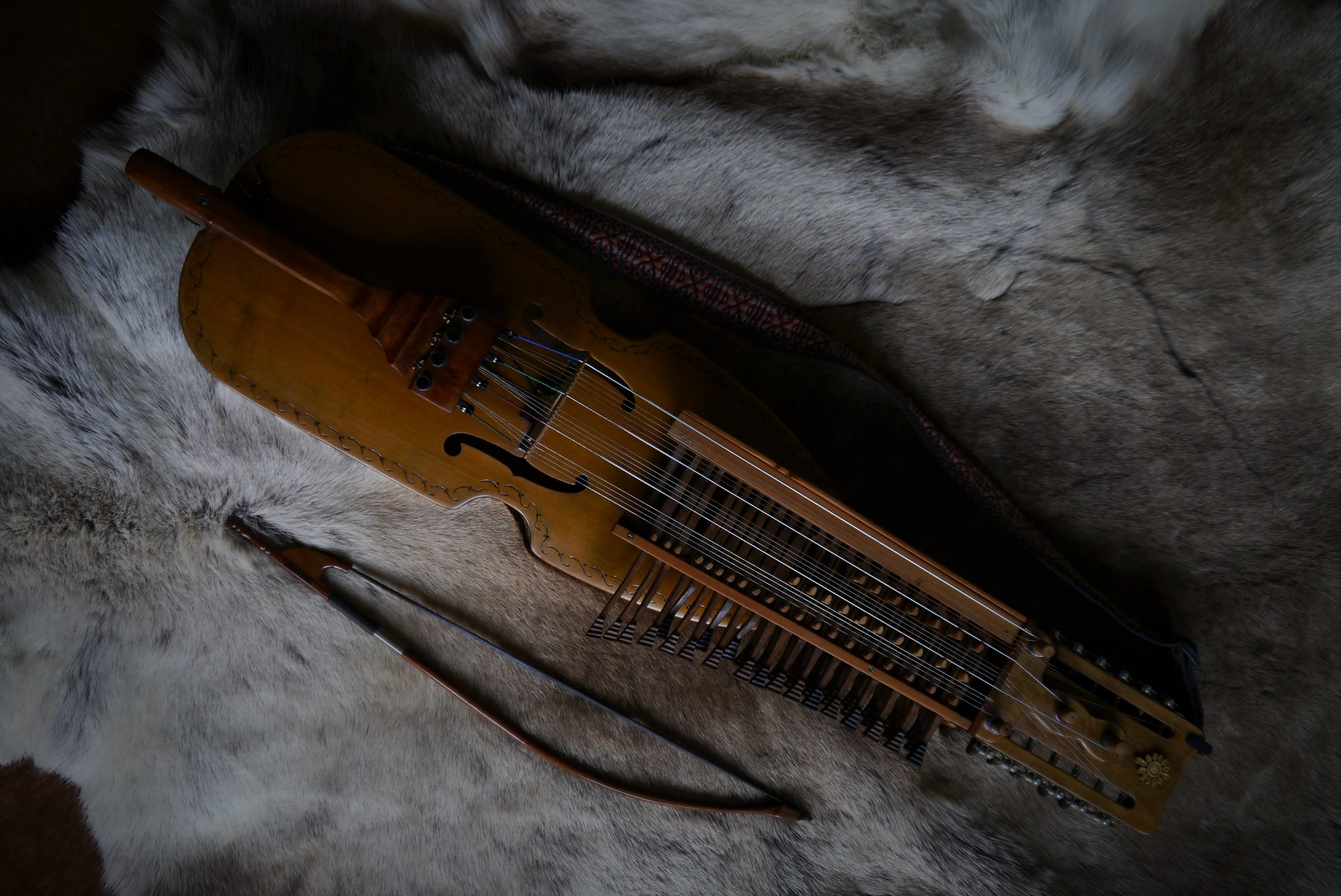 ‘Tales of the Unknown Instruments’ is a multi media web series about unknown folk instruments. It tells the tale of their origins, their players and their music through audio, video and text. In this episode of ‘Tales of the Unknown Instruments’ we talk about the nyckelharpa.
The nyckelharpa is a folk instrument that is mostly known in Sweden. Its name exists out of two parts: nyckel is the Swedish word for key and harpa is the collective name for stringed instruments. It looks like a big fiddle with a wooden keyboard on the end of the neck. The keys are are attached to tangents. When they are pressed, they serve as frets to change the pitch of the string. The modern chromatic nyckelharpa has 16 strings. The three melody strings are played. There are twelve resonance strings which resonate with the melody strings. It has also one drone string. That string always resonates when the instrument is being played. The modern nyckelharpa is a chromatic one. Chromatic keyboards let you play all the half tones.

The nyckelharpa is a versitile instrument. It can create very different kinds of music, even though its sound is very recognisable.
Curious of the different sounds? Head over to the playlist down below and find out yourself. It features the works of modern musician Faber Horbach and famous nyckelharpa player Eric Sahlström. Not familiar with these names? Watch the video and find out about Faber Horbach and look at the timeline and be amazed of Eric Sahlström’s work.

The how and what now of the nyckelharpa

In this video, musician Vicki Swan will show you what a nyckelharpa is. She does thaty by showing how the instrument works and what sound it makes. If you’re interested in the techniques on how to play the nyckelharpa, check out this video from classical musician Didier François. This playlist from Two Cherries Instruments will show you the process of making a nyckelharpa in detail.

This is the tale of two musician’s. They will tell you about their first encounter with the instrument and what makes it so special. 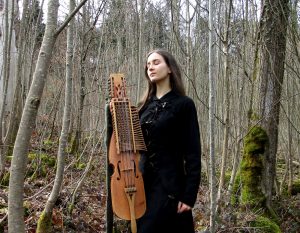 Emelie Waldken is a musician who lives in Sweden. She is originally from Switzerland, but after intending the one-year course at the Eric Sahlström Institute in Tobo she fell in love with Sweden. Four years ago, she decided that she wanted to live there permanently, although she regularly comes over to Switzerland, Germany and the Netherlands to perform with the nyckelharpa.

“For me, the nyckelharpa represents a lot. I’m a violinist and I used to play lots of classical music and later on folk music, too. When I discovered the nyckelharpa and held it for the first time in my arms, I was feeling really emotional. It completely changed my life -for the better. Because before, I was studying agriculture and agronomy in Switzerland and I ended up being a professional musician in Sweden. It has been a key to my life -because key in Swedish is nyckel.

I would say that the sounds makes the nyckelharpa such a special instrument, because it’s very specific. It has resonance strings that ring a lot, they resonate with the instrument. It’s like playing in a church, even if you are in a very tiny room. It sounds very powerful. You also hear the clicking of the keys. That is very different from the violin or the cello. Only the hurdy gurdy has a similar sound of clicking keys. The nyckelharpa is a very polyvalent instrument, too. You can play any kind of music with it, like classical, jazz, metal and folk. It goes with any kind of instrument. The history is fascinating, too. It’s very varied. The instrument existed in many countries and in many forms, but it only survived in one small place in Uppland, Sweden.

Faber Horbach is a Dutch musician. You might know him from the bands Heilung or Sowulo, where he writes music, sings and plays multiple instruments. One of those instruments is the nyckelharpa.

“I knew of the instrument because of the traditional folk music that I listen to. I’ve also seen the nyckelharpa a couple of times on Castlefest, because Oliver Tyr from Faun plays it. Søren Hammerlund from Virelai plays it, too. I got in touch with him when I was in Denmark and I visited him. I told him that I was falling in love with the nyckelharpa. I asked if I could have a look, so I started playing on it and it worked out pretty well because of my background with piano and guitar. He said that I could buy it. I was super happy and I was like: Søren are you kidding me? It was so cool that I could by the nyckelharpa of the real Søren . That was my first nyckelharpa, but it was a bit of a crappy one. It was severely damaged but it was a good instrument to start with. I practised a lot on that and after a while I bought a second nyckelharpa from the instrument maker Hogar Funke in Germany.

I’m from the new generation of nyckelharpa players. I think that the entire folk scene in the Netherlands has grown in the last ten years. I think it has a lot to do with series like Game of Thrones, Vikings and Lord of the Rings. The fantasy genre is becoming more popular, because people are becoming more interested in the culture behind those movies and series. It has a lot to do with LOTR and GOT, the fantasy scene is becoming more popular. They then discover the music that comes with that, like traditional music and modern folk. And with that, the nyckelharpa, too. I hope that the instrument becomes more popular. It’s not used a lot right now, but I think it’s such a beautiful instrument. It deserves more attention.”

What tale will it tell next?

The nyckelharpa as of now isn’t very well known. Will that change in the future? Emelie Waldken doesn’t think so.

“I would say first that the instrument has become more and more well known in the past ten years. You can play anything you want on the nyckelharpa. Most of the top players of the nyckelharpa come from Sweden. There are a lot of amateurs -not only in Sweden- who don’t play or don’t want to play on stage. Also, bands and musicians that use the instrument play mostly traditional music. So if you’re not already into folk music, it’s likely you won’t know of its existence.

It’s also very hard to get one, especially outside of Sweden. Almost all the information about the instrument, how to play it and where to buy one is in Swedish. A few people, me included, are trying to give more information in English so the information can spread further. There is another problem though, and that is the amount of builders. There are some in the USA and Europe, but almost none on other continents. The players of the nyckelharpa are very builder-specific. You see that there are more players of the instrument who live near the builders.

I don’t think that the nyckelharpa will ever become a well known instrument. It’s not like a fiddle, it’s not like a guitar, it’s very hard to make and the sound is very specific. It’s hard to tune as well. The information and history is hard to find, so you have to be nerdy to want to find information about it. You probably have to travel to other countries and speak with people you don’t know the language of. So I don’t think that it is going to be very well known, but I hope it’s going to be a bit more well known.”