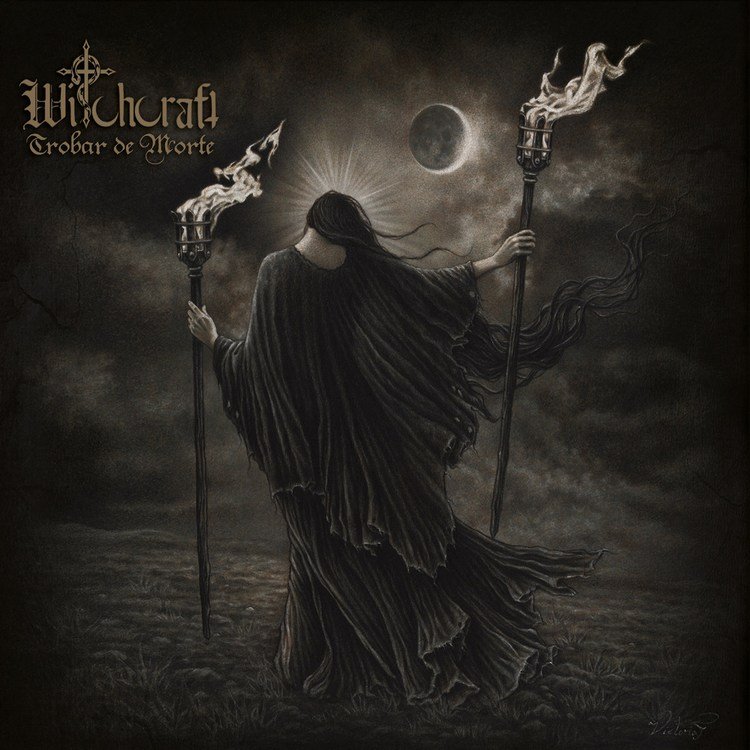 I grew up in the 1980s and New Wave bands/synth-pop bands like Eurythmics, Frankie Goes To Hollywood, Talk Talk and Propaganda had a huge influence on my musical taste. Just as the more guitar orientated post-punk bands. Think of the Cure, the Waterboys – we will get back to them in a later review – the Talking Heads or my all-time favourite band the Sisters of Mercy. I loved the dark, yet romantic music, the danceable almost trance-like beats and the often sharp synthesizer melodies and guitar riffs of that era. The New Wave scene was a very open-minded scene in a way. Ok, the dress code was black on black with some black to add to that, but musically it was quite diverse. It could be the electronic synthesizer sound of Depeche Mode or the dark rock-orientated sound of the Sisters of Mercy. Soon certain bands started experimenting with non-traditional song structures, included non-pop instruments like violin, trumpet or cello and started a style we now know as post-rock or avant-garde. One of the first bands to do so were Talk Talk. Their 1988 jazzy/avant-garde album Spirit Of Eden still holds pride of place in my record collection. Another band to do so were Dead Can Dance. This Australian duo started weaving European, medieval and orchestral influences into their music, giving them a unique avant-garde, ambient sound. So what is the point behind this musical trip down memory lane? Well, I wasn’t the only one that loved the music of this era. A certain young lady from España did just that, especially the music of the last band I mentioned, Dead Can Dance. This young lady we now know as Lady Morte, and in 1999 she started making music herself. But I shouldn’t tell this part of the story, she should do it herself.

-‘ I was born in Barcelona in the autumn of 1980. Since I was a child my passions have always been arts and music and specifically singing. 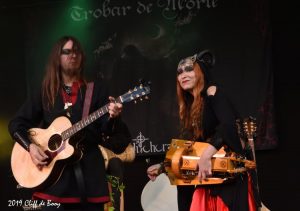 During the 90s I was a lover of medieval-, Celtic-, folk- and ethnic music. I passionately listened to bands like Dead Can Dance, Ataraxia, Corvus Corax, Sopor Aeternus and many more. In 1999 I decided to start work on a musical project which I called Trobar de Morte. It was a solo project where I played the keyboards accompanying my voice for some time. I played at other bands from Barcelona ( Ordo Funebris and Dark & Beauty ) for a few years, but in 2003 I decided to create my own live band and thus I searched for bandmates for Trobar de Morte.’ The first album she recorded with Trobar de Morte was the mini-CD Nocturnal Dance Of The Dragonfly (2003). A mini-album filled with lovely orchestral pagan folk music. You can see Nocturnal Dance of The Dragonfly as a true blueprint for Trobar de Morte’s sound. Slow, orchestral melodies, with an emphasis on violins, keyboards, and guitar, with Lady Morte’s beautiful classically trained vocals over it. Nocturnal Dance Of The Dragonfly is a beautiful cross between Dead Can Dance and Adiemus. On Fairydust (2004) – Trobar de Morte’s first full-length album – the first influences of Corvus Corax crept in. That typical sound of pagan folk percussion and those strong medieval instruments that Corvus Corax are known for. It all blended perfectly with the ambient sound from Nocturnal Dance Of The Dragonfly. The song Los Duendes Del Reloj is a beautiful example of that early Trobar de Morte sound. Listening to it now after so many years proves the band stayed very true to their original sound, as you will find out when you listen to the newest Trobar de Morte release 20 Years of Music and Sorcery (2020). Another stunning song of those early days is Ailein Duinn – found on Fairydust – an a capella piece sung by Lady Morte, showcasing her amazing voice. Fast forward 19 years, we are now in 2018 and Trobar de Morte have just released their 9th record Witchcraft. (Not counting the Ancient Tales demo Lady Morte recorded in 1999), and as I said, it is amazing how little has changed over those years. All the elements that make the music of Trobar de Morte so beautiful are still there. The impressive orchestral ambient sound, the layered choral vocals of Lady Morte, the fairytale feel to it all. Right from the first notes of the intro La Era de las Brujas, you’ll hear that it still is a powerful mix between Dead Can Dance and Adiemus with lovely splashes of Loreena McKennitt and medieval darkness thrown in there for good measure. Don’t get me wrong it is not like the band stood still all those years. With the second track, Zuggaramurdi, you can clearly hear how the band’s sound evolved. It’s the logical difference between a young group at the beginning of their career and an experienced band. The difference between a lovely fairytale as you read it when you are around 14/15 and a deep dark fantasy world you dive into when you’re older. The music became deeper, the arrangements more imposing, but the songs still maintained that true pagan magic it had in those early days. Only stronger, waaaay stronger, just listen to those bagpipes cutting through the song as if they were knives cutting through dark smoke. It gives me goosebumps all over every time I hear it. Rondalla, the third song on Witchcraft, is another good example. It’s a strong dark song, based on excerpts from ancient spells and magic books. Trobar de Morte put that in a powerful dark pagan folk meets Dead Can Dance song. I just love those strong layered Latin vocals, the broad orchestral arrangements and that strong beat under it. The tubular bells ringing right at the beginning of the song already give me shivers shooting from top to bottom over my spine. The wall of organ, percussion, and vocals then finish the job, I’m lost in my own ancient medieval fantasy world. Easily one of the best songs on Witchcraft. The power of Trobar de Morte is that they can take that huge orchestral avant-garde style and make it sound natural and small. The song The Black Forest is a good example of that quality. Yes, there are those layered vocals, but the song is carried by a nice bouzouki riff, a lovely violin melody and some cool tribal percussion under it. The bridge in the middle of the song, for example is just pure acoustic pagan folk. It is THAT which makes Trobar’s music so strong: the clever contrast between all the broad electronic sounds and the natural feel of the acoustic instruments. It is THAT which makes the Witchcraft album such a strong, almost religious, pagan folk experience. Not to mention the lovely solos you hear from both the violin and the flute in The Black Forest. In the end Trobar de Morte is a band playing real music. There is no song in which you hear that more clearly than in Sister Of The Night. It is a song that Dead Can Dance would be proud to have recorded on one of their own records. That lovely contrast between the acoustic guitar intro, giving it a lovely Spanish touch, and the dark, medieval pagan folk feel with its whispered vocals. A stunning song which, because of its natural feel, captures me even more than the music of the Australian band that inspired Lady Morte all those years ago. Lady Morte and Daimoniel know how to write a good song. All of them creep easily into your ears, and one of the catchiest ones would be Mater Luna, with stunning vocals by Lady Morte. It starts as a lovely 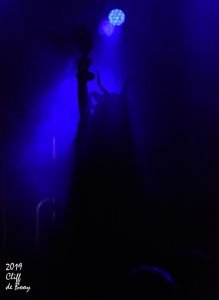 ballad, with a touching guitar intro and violin melody over it. The low whistle solo is a treat, but the best part is the Shireen– like bassline and violin part that lead us into a cool witch pop final to this song. Ritual is one of the last songs I want to mention. It just feels religious, the whole arrangement of the song. The dark feel of it all, the orchestral carpet of keyboard and violin. The deep, deep percussion, slow but seemingly unstoppable, not to mention those haunting horn-like sounds at the start. An intense pagan folk cross of avant-garde and ancient traditional music. I know I mention Dead Can Dance a lot in this review, but somehow the theme of witchcraft brought out an album that is the closest to the Australian duo’s strong orchestral sound. And if it’s as extremely beautiful as Trobar de Morte do it on Wichcraft I am not complaining. I could still mention The Circle, with its clear Arabian influences, reminiscent of The Moon And The Night Spirit’s sound, or The Wind, another lovely orchestral ballad with another beautiful low whistle solo, but, or Stramonium,….. But no! This is not an album I should split up into thirteen little segments. This is a wonderful record that you should listen to as one piece. If your heart opens up to slow, balladesque, dark, pagan folk music, with a lot of ritual feel to it, this is an album for you. Fans of Trobar de Morte’s music and fans of the bands I mentioned in the review will most likely have added Witchcraft to their collection months ago. Will you? – Cliff Editor: Diane Deroubaix Sleeve art:Victoria Francés Picture: Cliff de Booy