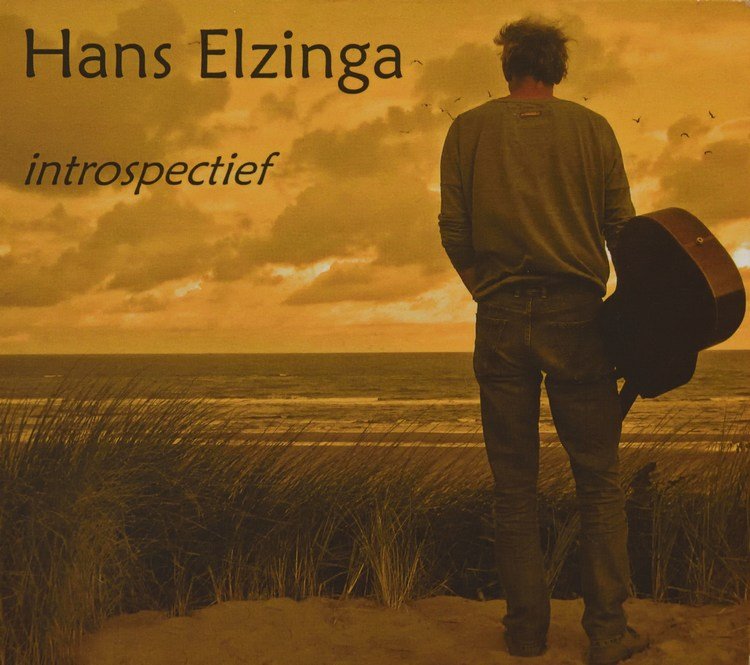 It’s always an exciting moment when a new CD arrives at CeltCast HQ and it goes into the CD player. What can we expect? is it good? Do we like it? Which songs can we play? All questions that are spinning through our minds as the first seconds of a new CD tick away. In the case of Hans Elzinga these questions were quickly answered. Yes, we did like it and soon enough the music team started sending each other messages, telling us about how much we liked this beautiful, calming CD. But this album also posed a problem: Although it was recorded by a member of the Dutch folk band Parsley; although it was acoustic guitar music; although it was recorded by the amazing ‘sound witch’ (Hans’ words, not mine) Fieke van den Hurk at her Dearworld studio, one thing it wasn’t: folk music. A slight problem if your station’s format is based on acoustic ‘folk’ music. So we had a quick virtual team meeting and decided to bend the rules as far as we possibly could because this album deserves all the attention we can give it.

So here we go, we give you Introspective, an instrumental album by Dutch acoustic guitar – and flute player Hans Elzinga. We have already established that Introspective isn’t a folk album as such, so what is it then? Well, I would call it one of the best contemporary instrumental guitar and flute albums I’ve heard in a long time. 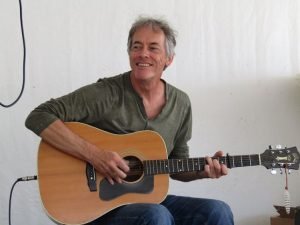 Hans is a D.I.Y artist and a very, very talented one for that matter. He composed all the songs, played all the guitar most of the flute and whistle. He often – during live performances at least – uses a loop pedal so he can accompany himself on rhythm guitar while he plays the guitar- or flute solos. He also made his own nylon string flamenco guitar, and he deliberately uses heavier strings for the 1st and 6th position on his steel-string guitar, so he can get the lower, more rich sound he is looking for. Combine a musician like this – somebody clearly seeking his own way in music- with Fieke van den Hurk and something really special starts to happen. As we all know Fieke will also go the extra- sometimes unconventional- mile to find that specific sound an instrument, a song or even a single note needs, so combine those two together and you get a silver disc filled with magic. If you also add Rob Musters on soprano sax, Davide Lionette on percussion, Stan Stolk -former Flairck– on double bass ánd Parsley colleague Maaike van der Waal on Irish flute, then heaven opens for the true music lover. With me talking so much about compositions and acoustic guitars it’s easy to think Introspective consists of classical guitar recitals. When you look at the song titles, De Klank Van Wierook, Sterrenlicht, Dryadendans, you are just as likely to think Introspective is a new age music album. Neither are true. All songs are true and proper pop songs, with a clear start and finish and a down to earth feel to it. A soulful feel as well. Sometimes the songs are clean ballads, sometimes bluesy grooves, sometimes jazzy improvisations and sometimes even acoustic prog-pop soundscapes. (I didn’t even know those existed, but Hans plays them.) He himself refers to 80’s acts like Genesis or Pat Metheny as possible references. With his slightly bluesy, soulful, clean way of playing, I would like to add the acoustic segments played by Mark Knopfler in his 80’s Dire Straits days and the solo work of Tommy Bolin: one of the former solo guitarists of Deep Purple that sadly passed away way too soon. (Just give Gypsy Soul a listen and you’ll know what I mean) 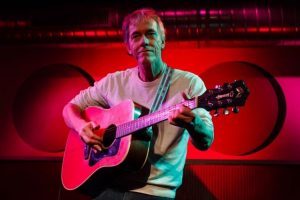