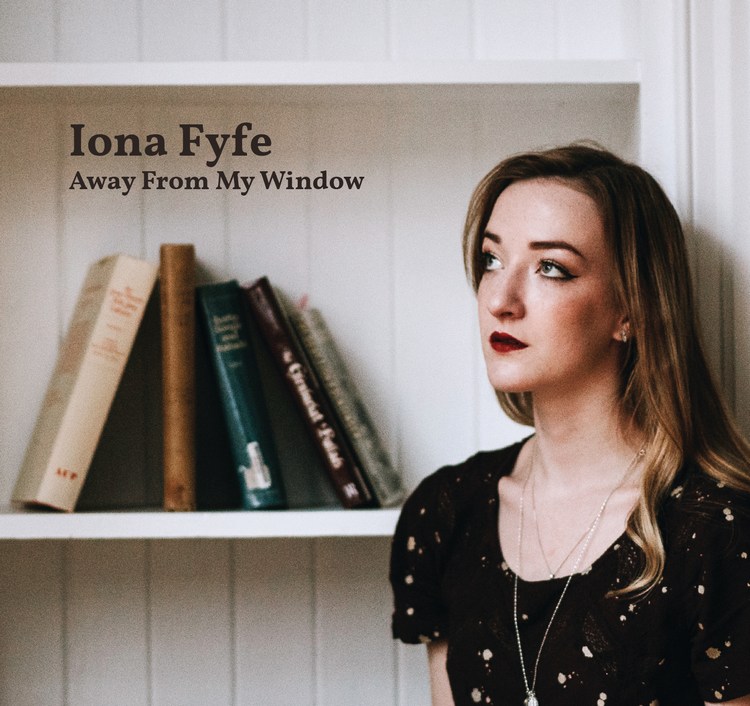 – ‘Hello folk radio DJ‘. With this email, Iona Fyfe introduced herself to our station. And with this email she also sent us a pile of music files. A pile that has become bigger and bigger over time, as Iona releases new music on Spotify on a semi-regular basis. Four singles in 2021, three in 2020, a six-song EP in 2019. This lady has been busy. The initial idea was that I would start the story with Iona Fyfe’s first full-length album Away From My Window, released in 2018, and then continue from there. But once I started listening to Away From My Window there was so much I wanted to say about it that I had to decide otherwise. I’ll come back to the 2019 EP Dark Turn Of Mind, the 2015 debut EP The First Sangs, the 2016 EP East and the 2020/2021 singles in other reviews somewhere in the near future. (Which doesn’t mean you can’t listen to those albums and singles beforehand. I highly advise it, actually!!) 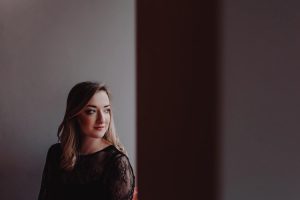 The contrast between the feeling of safety of And So We Must Rest and the haunting reality of Banks Of The Tigris is poignant. And it works. The message comes across loud and strong. With a hair-raising power equal to classic protest songs like Billy Joel‘s Goodnight Saigon or Christina Stürmer’s Mama Ana Ahabak. I applaud you, Iona, for choosing to tell this story as well. I also applaud the arrangements on it: The Eastern-like strings, drifting in and out of the song in the most eerie, breathtaking way. The constant ‘dropping of spaces’ in the music with Iona’s voice cutting through, poignant, piercing. The Middle Eastern male vocals and -instruments sliding in and out, disturbing, beautiful. The contrast between Iona’s high, crystal-clear vocals and the dark ‘threatening’ drone always there in the background. And that last eerie note, raising every single hair on my body! Well done Iona and Jani Lang on those arrangements. They are breathtaking! Banks Of The Tigris could have easily been an impressive ending to this stunning CD, but Iona decided otherwise. It feels like she wanted to leave us with a cheerful note, not a sad one, so we get one last song as an encore. So Pit Gair ends this album as it started. With a lovely up-tempo dance song. A cheerful end to a stunning album. Everybody that has a warm heart for folk music needs to have this CD. There are no ifs or buts about it. This is a must-have CD. And I’m so looking forward to introducing more of this talented lady’s music in the near future. But for now, enjoy Away From My Window. It is well worth it! – Cliff Editor: Iris Cover art: Louise Bichan pictures: Elly Lucas