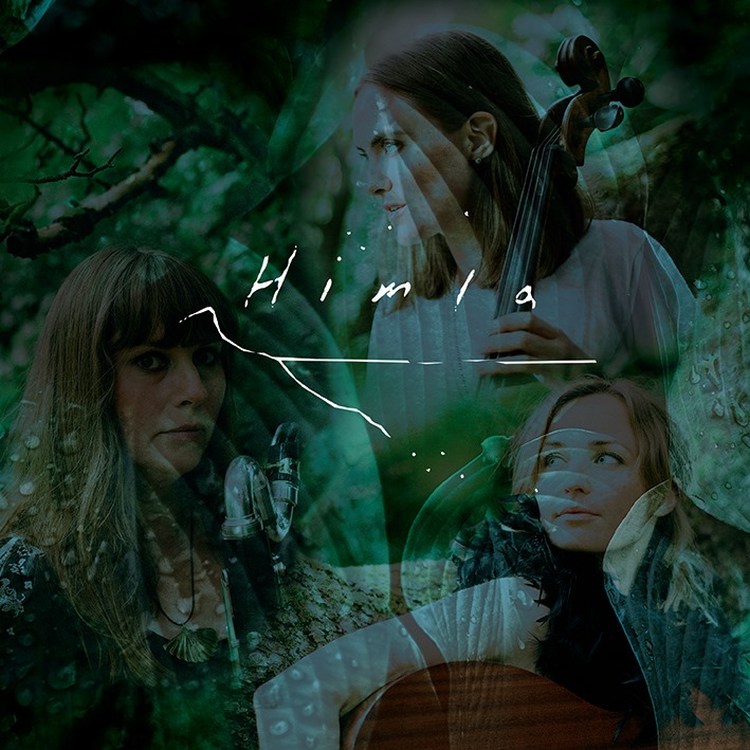 I love Scandinavian music. Not only the Nordic folk bands like Trolska Polska, Heilung or Martine Kraft. No also the more alternative artists like Björk, Eivør, Euzen en Valravn. All these bands bring something special to the table. A quirkiness that I don’t hear in regular British or American alternative music. Quite often Scandinavian music feels unique, the melody lines they use are intriguingly unexpected, and their energy is extremely addictive. The Norwegian/Danish band HIMLA is no exception. This singer/songwriter trio shares the same free-spirited sound with all the bands I just mentioned. Especially fans of Eivør and Valravn should give these three ladies a chance. Although mostly acoustic, HIMLA’s music is just as intense as those two last acts. Maybe even more so because of their ingenious use of instruments. IThe fact that 7 out of the 10 songs on HIMLA’s debut album made it into my personal CeltCast folk music Spotify list speaks for itself. But as always I am getting waaay ahead of myself. Let’s introduce these three talented ladies in a proper way… 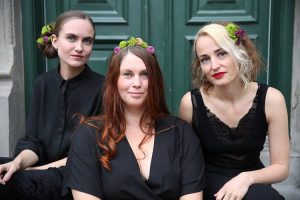 ‘HIMLA is a new Nordic collaboration between singer and songwriter Adine Fliid (DK / NO), cellist Oda Dyrnes (NO), and clarinettist Siri Iversen (DK). Together, the trio creates a space for immersion and perdition in the joys and sorrows of everyday life and lets the audience get up close and personal in their intimate concerts. The three women draw their primary inspiration from pop, but also add elements from folk music, avant-garde and chamber music to it. They let the acoustic sound be the centre of their sonic experiments. Around a strong lyrical vocal and a text universe, sung in both Danish and Norwegian, sonorous rugs are woven of dancing bow strokes and warm crackling air currents. Those sounds open a window to the open Nordic plains. HIMLA is found where melancholy meets the energy of life and tells about the landscape of emotions and dreams that lies just below the surface of everyday life.’ That is the way HIMLA describes themselves on their Facebook page, and actually… …it sums them up perfectly. So what does this musical landscape of emotions and dreams sound like? Well, Flo Og Fjaere starts, as you would expect from a singer/songwriter act, with a warm and gentle acoustic guitar line, followed by a single voice. Adine’s voice immediately grabs you. It has a lovely warmth to it, but it easily cuts through the melody as well. From the first few notes, she manages to express so much emotion with it. Although I don’t speak Norwegian or Danish I never felt the urge to look up the lyrics. Her voice alone connects with me in a way that makes words redundant. A truly unique feature. The acoustic guitar and cello are a perfect accompaniment to Adine’s voice, adding even more to the fragile, warm but also intense sound of HIMLA. You have to hear this to realize how powerful a fragile sound can be. There is one other finishing ingredient to Himla’s unique sound. I have to admit it took me a wee bit of time before I realized what it was. The low notes in Flo Og Fjaere came from a bass clarinet. When I finally realized the unique instrumental setup of this band I was stunned. How magical. How original. And how wonderful it all fits together. Their music is a soft touch to your skin, sending out unexpected shivers that travel deep into the musical core of your being. With sudden bursts of emotion that work like nails temptingly scratching over your soul. And this is only the first song. The full potential of this guitar/vocal, cello and bass clarinet combination is revealed in the second song Jeg Savner Et Eller Andet. Again the music starts very small, very intimate and quiet. A bit like an acoustic version of Valravn. The deep sound of the clarinet creates the perfect cradle for Adine’s voice to snuggle into. As the song builds the music grows from a ‘simple’ singer/songwriter song towards modern chamber music before it gets all distorted and avant-garde. Think of the magical sound that Jyoti Verhoeff and Fieke van den Hurk created on the 2018 Touches… album. It’s only a short moment, but it is so powerful. De store Skibe is another wonderful song. Just listen to that beautiful combination of Oda Dyrnes’cello wrapping around Adine’s carefully pronounced words. For a second the guitar melody reminds me of the theme song from the movie MASH (Suicide Is Painless), and I realise that HIMLA have that same calming quality in their music as this famous song does. Four songs in and my mind is already made up. This is an amazing album. No question about it. If you love artistic singer-songwriter/folk music then this album is a must-have! 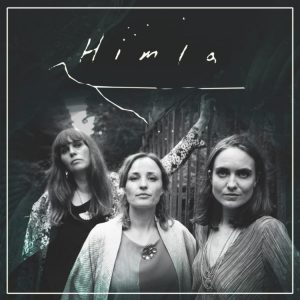 I could pick up on so many more things, like the gentle pop feel of Fra Den Grønne Port; he intensely beautiful ballad Uten Røtter; The avant-garde/folk song Hjertet Er Stengt (Beautiful harmony singing in there as well); the almost Rachel Croft like arrangements on Jeg Kalder Ham Min and Sort Kul, but what I notice the most is the simplicity of it all. The amount of space left for every single instrument to breathe. For every single note to resonate inside of you. ‘Less is more’ they say. Well, less is way more in this case. Just like a good book, it leaves so much room for your own thoughts, your own interpretation, and emotions. There is SOO much intent in Himla’s music. You find it in every note played, in every word sung, in every silence they add in between the notes. HIMLA truly makes the most of the use of classical instruments. Played by skillful musicians a cello or bass clarinet can weep, they can sing, they can be melancholic, they can sound out of this world. Well trust me, Oda Dyrnes and Siri Iversen ARE skilled musicians. And Adine Fliid is an equally accomplished singer-songwriter. So this album oozes emotion. It oozes melancholic tenderness. It oozes pure quality, note after note after note! If you ever wondered what a combination of Anna Katrin Egilstrod (Valravn), Eivør, Jyoti Verhoeff and Björk would sound like? Well here is your answer. The alternative folk scene has a new gem here. What a way to pick up a new season of writing reviews again. Cliff Editor: Sara Pictures: Himla