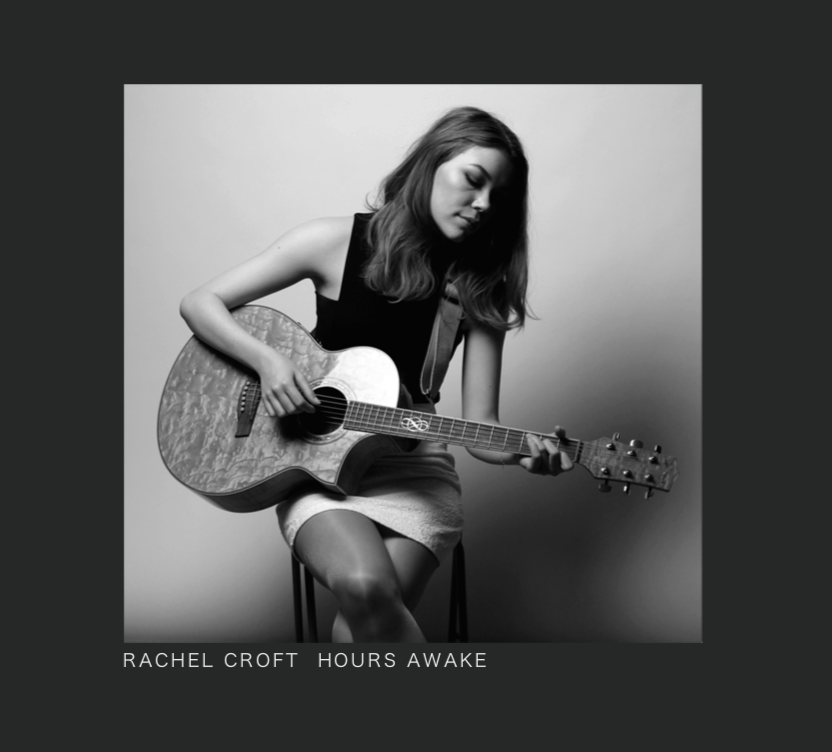 Every week Ilona gives me an update of the music that she has added to the CeltCast radio stream, and every week I listen to what’s new, and which records I personally would love to put a spotlight on. It only took a few seconds of listening to the opening track Old Climbing Tree of Rachel Croft’s debut CD Hours Awake for me to decide that yes, this most definitely will be on the review list. What an A-MA-ZING voice. What a song. I simply love it!! That was the easy part, but then came the harder bit: writing a review. And so the adventure started. First listening to the album a couple of times, having a look at the booklet for some more info, and last but not least going to Rachel’s website for the last details that I needed to write a nice introduction – or so I thought. Because if you really want to write something about Rachel Croft’s background you have to dig deep. I found no biography, no interview, no Wikipedia entry, nothing. It didn’t matter which angle I tried, I drew a blank. Until I desperately started searching for videos I could use on YouTube. That’s where I finally managed to puzzle a wee bit of her story together. With a big thank you to early fan Martin Waring, who recorded several of the earliest performances that Rachel did in her hometown of York.

As far as I have been able to find out, Rachel Croft is a young singer-songwriter from York. She started her career in her hometown doing open mic performances, gigs in local establishments, in the University of York – where she also studied- and busking on the streets of her hometown. It was in 2014 that Martin Waring, a local photographer, spotted Rachel performing in the streets of York, something he had hoped for after seeing her at an open mic performance. And he recorded her playing the song Songbird, a cover of American blues and jazz singer Eva Cassidy. Rachel Croft performing Songbird in York, 2014. Recorded by Martin Waring In the following year he kept track of her and recorded some lovely street performances of her doing classic pop songs such as John Lennon’s Imagine, Sting’s Fields of Gold, Taylor Swift’s Dear John and a really powerful version of Sam Smith’s Stay With Me. But she also sings a beautiful version of Mary Black’s folk anthem Song for Ireland and the Irish classic The Fields of Athenry. In a studio performance she did for the Pear Tree Sessions in 2015 she also recorded two folk classics: The Fields of Athenry again and also The Wild Mountain Thyme. Look them up, they are stunning performances. In 2016 videos of Rachel’s singer-songwriter street performances kept popping up on YouTube, but also a video of The Croft Mullen Band, where she is performing the Duke Ellington classic It Don’t Mean a Thing together with pianist Karl Mullen : a jazzy song she also nails! In November 2017 Rachel’s very first single, Only Dreams (a song that luckily also found its way on Hours Awake) came out. She wrote it herself and recorded it with the help of Rachel Brown on cello, Emlyn Vaughan on double bass, bandmate Karl Mullen on piano and synth and Dan Webster on electric guitar. The latter also responsible for recording, mixing and co-producing it. (Most of them also helped out recording Hours Awake, but I’m getting ahead of myself now.) Only Dreams is a stunning, stunning song, that takes the best of her pop, singer-songwriter and jazz background. It is a beautiful guitar ballad. It reminds me of Chris Isaac’s Wicked Games, also a fragile yet powerful ballad. When you only listen to the melody and instruments, Only Dreams is already beautiful, the subtle cello, piano and keys with over it this deep-cutting, soul-jerking, yet still fragile slide guitar notes. But the biggest selling point of Only Dreams is Rachel’s voice. Her vocals are stunning. Plain and simple! Her voice is deep, rich, oozing with soul, and she has perfect control over it. It is hard to describe her voice. Take the deep, rich sound of Vaya Con Dios‘ Dani Klein, the soul voice of Joss Stone, the singer-songwriter qualities of the early Adele (at the time of her debut 19) and the rich seventies feel of 70’s stars like Karen Carpenter or Helen ‘I am Woman’ Reddy. Then YouTube went quiet, so I had to go on Facebook. In December 2017 Rachel announced that she had started recording new material with Dan Webster for a full-length album. 95% made possible through crowdfunding, according to a grateful Rachel in the booklet of Hours Awake. On January 8th, 2018, she performed on BBC Radio York in the Introduction Show hosted by Jericho Keys, and in November 2018 she toured The Netherlands for the first time – and if I’m not mistaken that could well have been her first tour outside of Britain. In February of 2019, Hours Awake finally came out. This was followed by more and more performances in AND outside of Great Britain. One of them was another short tour in The Netherlands that also brought her to Elfia Arcen on September the 22nd, where Ilona and Alex saw her perform falling in love with her music on the spot. A love they happily passed on to me, hence this review. Hours Awake, a wonderful album It is not hard to fall in love with Rachel’s music, though. As I said, it already starts with the first notes of Old Climbing Tree. 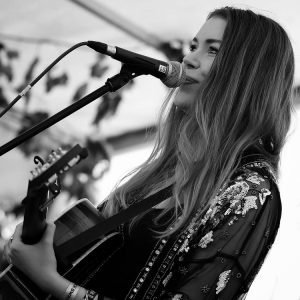 A deep and powerful string intro makes this song come closest to the music we normally play at CeltCast. Together with the tribal drums, it could be the intro to a Cesair song if it wasn’t for those warm soulful vocals of Rachel coming in, somewhere between Joss Stone, Dani Klein and Tanita Tikaram. Old Climbing Tree is the most Celtic of the songs on Hours Awake: most of the songs hover somewhere between singer-songwriter material, American folk and the contemporary pop music made by artists like Adele – they are jazzy, deeply rooted in musical history, and yet sound modern, contemporary. It is almost impossible to name one highlight. Hear Me, the 70’s style In Blue or Rainier Day, the jazzy Don’t Feel like Holding On with its lovely violin melody weaving through it, 6,000 miles, they are all equally beautiful singer-songwriter ballads. If I had to choose my favourites I would pick Can’t Replace Your Perfect, a soulful gospel ballad that wouldn’t look out of place on a Joss Stone or a Croft Mullen band album (yes, Rachel and Karl Mullen still perform together), the powerful opener Old Climbing Tree and of course the wonderful first single Only Dreams. Rachel is on her very VERY best in that song, with a voice so rich and warm that it is capable of melting the chocolate ice cream in your refrigerator. This young lady has a great career ahead of her. Trust me, in a few year’s time she will be huge, so go see her next time she is performing at Elfia, you won’t regret it. Not at all! – Cliff Editor: Iris de Wolf sleeve art: D. Somme picture: Rachel Croft Video of Songbird posted with kind permission of Martin Waring