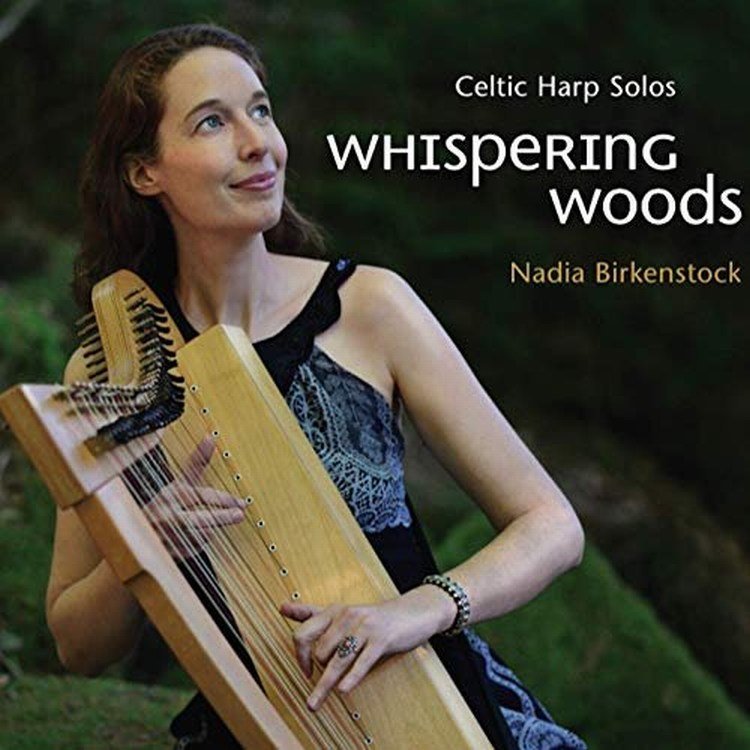 A harp is a beautiful instrument. It can be imposing like the sea, it can sparkle like a waterfall, it can dance like a butterfly or it can be sad as the rain on a grey morning. On A La Source, the first song of Whispering Woods, it is caressing my ears, flowing and sparkling through them like a young stream over small rocks on an early spring morning, the sky full of pastel colours, relaxing yet energising every single ounce of my being. It’s only one harp I hear, nothing more, she is delicate and soothing, yet she has the power to take me away to those happy moments I’ve spent hiding in the morning mist with my camera, the sun starting to turn the water into diamonds, a wren defiantly hopping around me, closer and closer, as I was waiting for a kingfisher to flash by. This, dear readers, is the beauty of a harp.

I’m listening to Whispering Woods, the ninth album of harpist and singer Nadia Birkenstock. Whispering Woods is a title well chosen for this solo harp CD, as the delicate tones of this lovely album indeed take me away to the woods my girlfriend spent hours in during her youth. The place I’ve also learned to love. A place not far from the birthplace of Nadia actually. A small stream flowing through the forests surrounding the Scharpenacker in the hills above Wuppertal and magically called the Murmelbach. 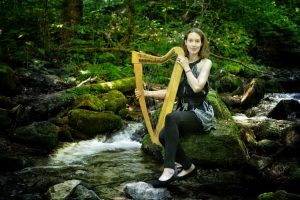 Nadia Birkenstock herself was born in Solingen, Germany a town quite nearby. She started playing the piano at 5 and she started singing with various choirs and vocal ensembles during her teenage years. She first discovered the harp during a concert of the legendary Scottish harp duo Sileas formed by Patsy Seddon and Mary McMaster. At the age of 16, she started to play the harp herself, first teaching herself, later taking lessons with classically trained teachers including masterclasses with Kim Robertson in the USA and Scottish harp player Bill Taylor. Nadia earned herself a one-year scholarship in the USA and got her first vocal training during her stay at the Westover College in Connecticut. She continued her vocal training at the music conservatory in Düsseldorf, Germany. During her vocal studies, Nadia created her first solo performance for Celtic harp and voice and she never looked back, touring the world, playing festivals like the Southeastern harp weekend (North Carolina, USA), the Sentmenat harp festival in Barcelona, the Rencontres Internationales de la Harpe Celtique in Dinan, France and the Celtica festival in Italy among many, many others. In 2001 Nadia released her first solo album: Emerald Isles. She herself describes this CD as a mix of Irish harp music, Celtic songs, dance tunes, and original compositions. A CD that got her positive reactions from Folk World and Celtic world radio in Australia. 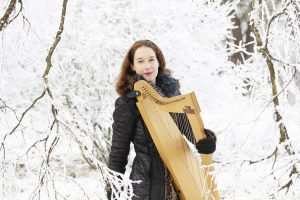