Magical music with Folk With Friends 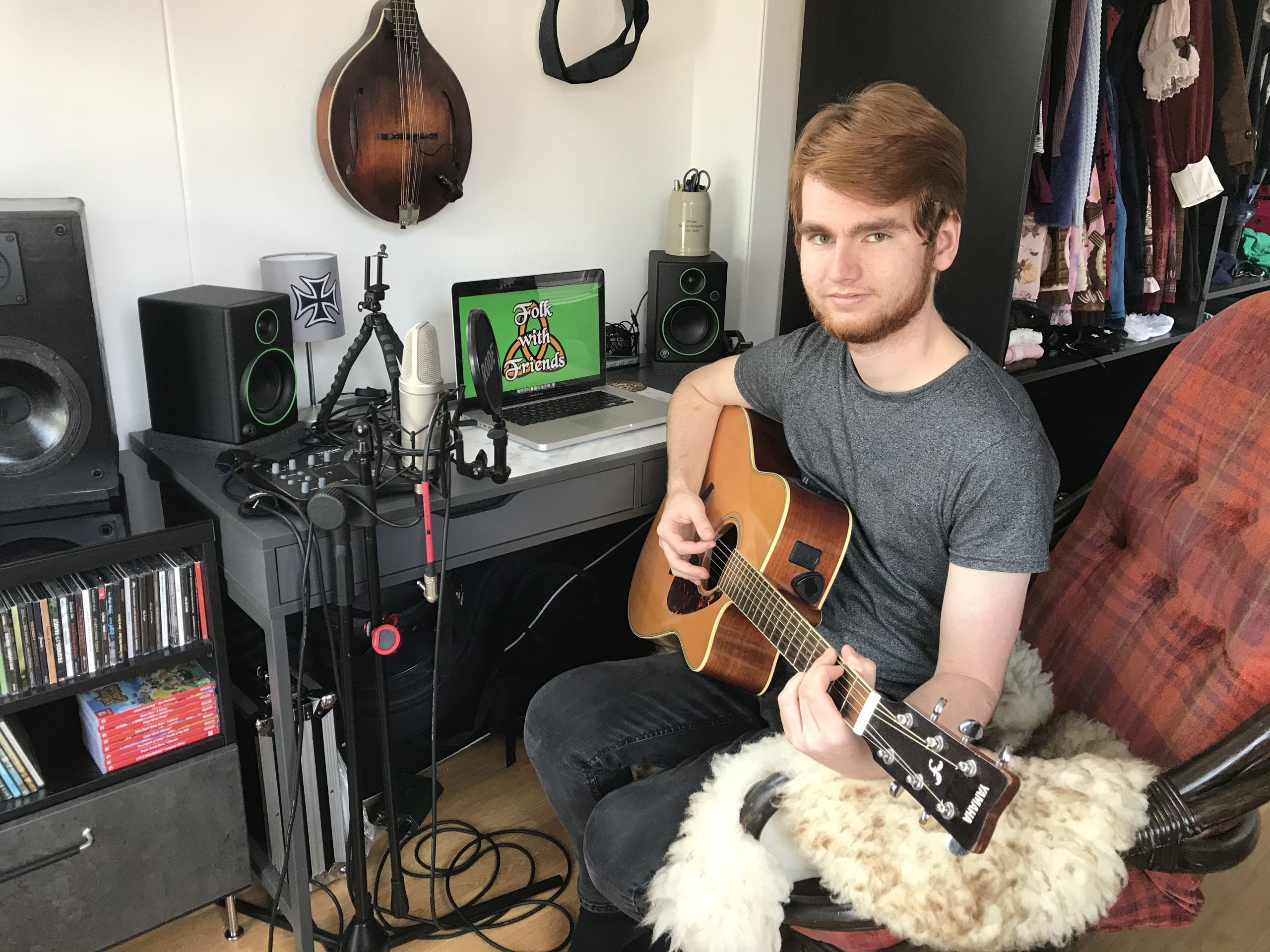 Jesper Weerheijm is a musician and sound tech. Due to the Dutch COVID-19 measures, he can’t go to work. However, he’s still active in the folk and fantasy scene. Folk With Friends is a project he set up at the end of March.


Can you tell us more about Folk With Friends?
“Folk With Friends is an initiative in which I ask fellow musicians from different folk bands to make a cover of a classic folk song. I start with choosing a song and by approaching the musicians with the instruments I need. When the group is complete, I play the first part of the song. I will then send it to the next musicians, who play their part. And so on. When all musicians have recorded their parts, I edit the audio and video and it can be published online. All video is recorded by phone cameras. We don’t use any expensive studio gear.”

Who’s participating so far?
“Folk musicians from big bands, small bands; everyone. The idea is to work with as many people as possible. Preferably a new group of musicians for every song and no two people of the same band. Although that didn’t work as planned. There are quite a lot of guitarists, but a lot less drummers. That is why I ask some people to cover multiple songs.”


How did you get the idea to start Folk With Friends?
“This project has been on my mind for over six months. Due to the Dutch measures, I’ve finally got the time to do the stuff that I have procrastinated on. I don’t think that I have become more creative; you either are a creative mind or you aren’t. Now I’m home all the time, I can use my creativity. Folk With Friends is good to fight boredom. And of course I love to share my music with other people.”


Will you continue this project after the crisis?
“There are two videos online right now and there are two more in the making. Three other songs are ready to be produced. Mind you, it’s not, like we say in Dutch, assembly line work. I don’t have any deadlines and there is no hurry in producing the videos. When I have time, I will work on the project. It is possible that we will make less videos after the worst of the crisis is over. Another possibility is that the content will slightly differ, for example by using way less musicians that we do now.”