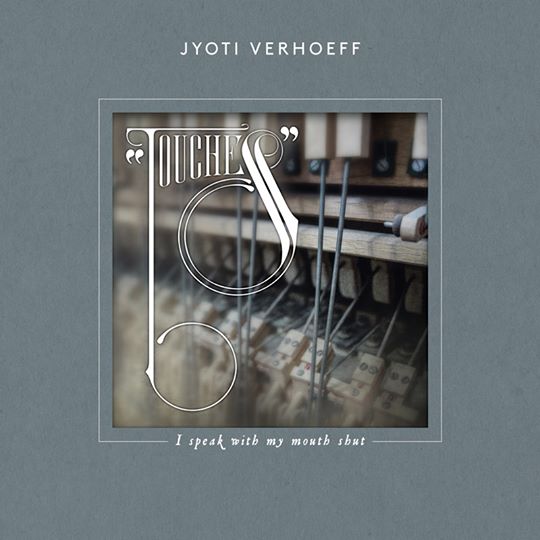 I can still remember putting my first Mike Oldfield elpee on the record player as a teenager. It wasn’t the obvious choice Tubular Bells -that came later- it was Incantations and I bought it on a second-hand market, together with a lot of other classic rock albums. Up till then my idea of pop music was based on songs I heard on the radio. 4 to 5 minute long things with an intro, a couplet, a chorus, often a solo on 2/3rds of the song and a nice ending or intro where the DJ always would talk over to announce the next song. The idea that a song could last a whole side of an album, the full TWENTY minutes, and that music could contain just as many classical elements as pop was something I could not believe. So listening to Incantations was something of an eye-opener. And I fell in love with that record straight away. Something similar happened to me while listening to Jyoti Verhoeff’s Touches, I Speak With My Mouth Shut for the first time. No, she didn’t record a 20-minute epos. Nor did she use as much time or as many instruments as Mike Oldfield did recording Incantations or his classic album Tubular Bells. But Jyoti and her musical partner in art, Fieke van den Hurk, again questioned my perception of pop music. The boundaries of it, the very nature of it all. And as happened so many years ago, I also fell in love with her record head over heels. 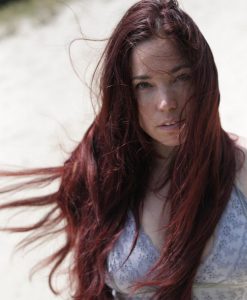 Jyoti Verhoeff is a Dutch singer-songwriter who already has 3 albums on her resume. Playing the grand piano since her 8th year, this is her main composing tool and live instrument. On her second album Riven she explored the borders between pop and classical music, ending up with an intriguing combining of Kate Bush, Tori Amos and classical -chamber- music, but in her own tantalising, mesmerising style. All who know her last EP Bare -an album she made together with cello player Maya Fridman– will know she isn’t afraid of pushing the boundaries of modern pop music, ending up with songs that wouldn’t sound out of place in a performance of a modern ballet company like Het Nederlands Dans Theater. On Touches Jyoti decided to make the boldest statement a singer-songwriter can make. She does not sing! Jyoti herself explains why in the booklet added to the CD: ‘The album Touches – I Speak With My Mouth Shut- questions the way humans relate to the world around them, to each other, and to themselves. Instead of using all the senses, more and more of our interactions consist solely of words -spoken or written or on glowing screens- the world more or less completely disposable. People never stop talking. While putting so much significance on words, a lot of our communication is left out, hollowed out, made shallow.’ With that concept in mind, Jyoti decided to make an album purely with piano music she had written in the previous months. 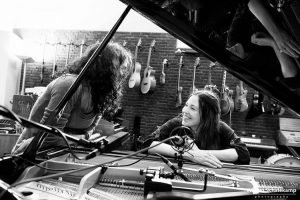 Enter sound engineer Fieke van den Hurk. Now I never made it a secret that I love the talent that Fieke has for music. Both playing it and recording it. Fieke normally hushes Alex Sealgaire or me down when we compliment her on her efforts. Always saying we exaggerate (no, we don’t Fieke 😉 ) – and in a way I understand why. For Fieke creating music is not about her. It’s about the sound of the instrument, the beauty of the songs and to record that in the best way possible, so that the instruments can shine, the artists playing them. And she does that in such a pure, beautiful way. The funny thing is when you hear Fieke talk about Jyoti and vice versa you will notice that both friends actually praise each other’s talents while hushing their own achievements down. Well, I can tell you those two lovely talented ladies create magic together. And there is no hushing me on this occasion. Touches opens with the song Humans And Machines, it starts -as most of the songs on Touches- with Jyoti on the grand piano. The beginning is gentle, classical, a beautiful melody, interrupted by a heavy bass effect. Then comes a shift in tempo with glockenspiel and some guitar chords, short, subdued, almost percussion-like. Let me be clear about this straight away. This is not folk music. This is a style totally on its own. Is it classical? Pop or art? Dreamy? All I know is that it is beautiful. At some points, it has a close resemblance to the dream folk of the dutch duo Rosemary & Garlic. At other moments the synth effects and another metallophone kind of sounds remind me of Mike Oldfield’s way of building up a song. A break during Humans And Machines brings us to a small moment of piano pop music before we continue with more Mike Oldfield synthesizer and glockenspiel effects. 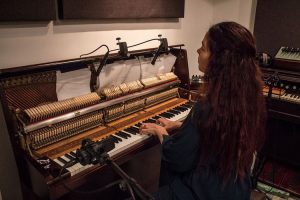 There is only one small problem. There is no guitar, no glockenspiel, no percussion instrument, not even a synthesizer. All sounds were made using only acoustic keyed instruments that were available in the studio they were recording in at the time. So you just hear grand piano, celesta, spinet, pianet, a harmonium, accordion and ok one hidden vibraphone. So where do the guitar-, metallophone-, glockenspiel- and all the other sounds that you hear come from? Well, they are what you get when you climb in a grand piano, mute it with kitchen paper, tape it and play it with a screwdriver, a mallet, fingers or even a toilet brush. To enhance the concept behind Touches even more, Fieke worked with vintage analog distortion, delay and reverb effects, ‘playing’ them as if they were instruments as well. You can find all about the recording of this album in the CD booklet. In which both Jyoti explains all about the concept of Touches and Fieke tells you all about the recording process In the end this review is just filled with words, going against the concept of TOUCHES Now I could go on about lovely songs like Sharing Dreams – with it’s beautiful ‘music box’ sound; personal favourites Rides or the song Shards– in which Fieke really plays with the effects as if it was just another instrument; the beautiful song Isles Of Hope; or The Reason Of A Rose and Hours Within Hours or Virtual Sea– both last songs making me think about the hectic speed and pressure of modern life, the shallowness of it all. But that would be filling this page with words, and totally goes against the concept of Touches, I Speak With My Mouth Shut. So instead I’m gonna fill this page with music. the beautiful song Sharing dreams that we added to our CeltCast playlists Isles Of Hope, One of my personal favourites, where you can hear how Fieke beautifully plays with the effects as if it were other instruments added to the song Virtual Sea, another one of my favourites, making me think about the hectic speed and pressure of modern life An ocean to still me, the official video to go with the release of Touches Together Jyoti and Fieke made a wonderful album, full of soundscapes, intimate moments, strong dramatic chords but most importantly with beautiful songs. Jyoti kept the soul of the singer-songwriter in her compositions. It are all small intimate songs with a story. The effects and sounds are just intriguing tools to tell the story within the music. If you love neo-classical music meeting experimental pop; surrealist music where everything is not what it seems, yet right where it should be at the same time, then this is a must-have album. One of the best albums I had the pleasure of listening to in 2018. Come to think of it, probably one of the best albums I heard in years! 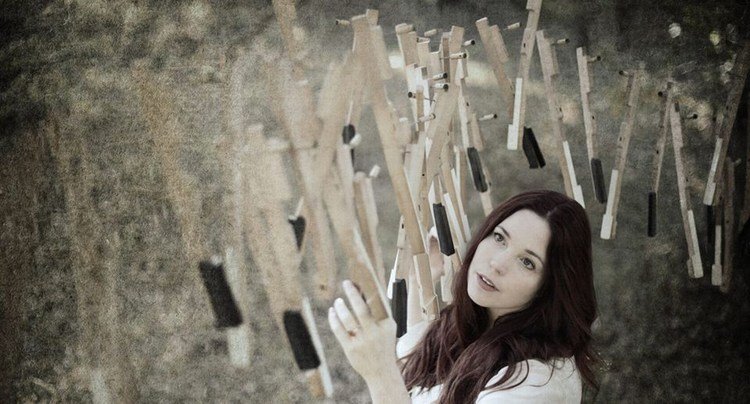