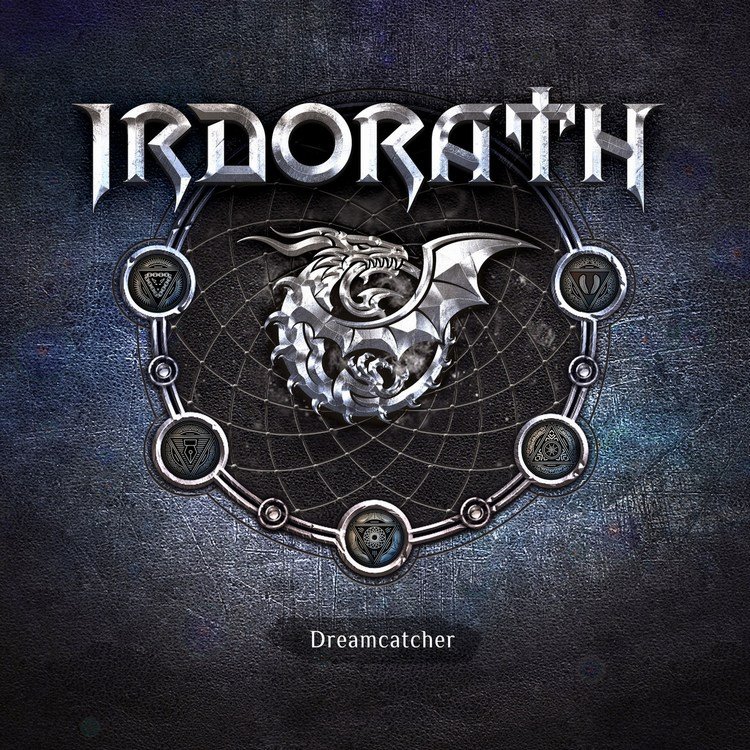 The last review I’m going to upload now is actually Irdorath‘s second album, Dreamcatcher, released in 2015. Why do I post this one last then and not second ?? Well, I want to end this introduction of Irdorath’s music with a bang and this, for me personally, is their best album, even though I am now comparing two great records with an A+ album. Dreamcatcher was released in 2015, after Piotr Marchenko (guitar, twelve string bouzouki), Anastacia Filipenko (violin, cello), and Alexandra Aleksiuk (Violin and cello) joined Irdorath in 2014. The record is the logical bridge between the medieval dance folk Irdorath played on Ad Astra and the fantasy power folk they played on their last album Wild. It is more easily accessible then Wild, an album that might be a bit too ‘powerful’ for some of our readers. It also ticks about every box you could tick for me personally, making Dreamcatcher one of the best records I heard in a loooong time, but let’s stop chatting about it, let’s just dive into Irdorath’s musical world one more time.

Where the CD Wild starts as a full-force hurricane that hits you without warning, 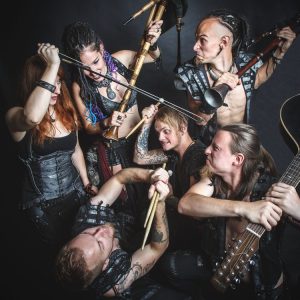 the title song on Dreamcatcher starts much more gently. A lovely alternative pop-folk song. Cool mouth harp, percussion with a smooth groove, and a beautiful bouzouki riff building up to a very impressive instrumental start of the song. Lovely orchestra arrangements take you into this nice and catchy pop-folk ballad. A song that again proves that Irdorath knows how to write a good song. They are all catchy, well arranged, and just dotted with all the interesting twists, breaks, and influences that make good music truly stunning. As Bas is slightly faster in rhythm, and again an interesting alternative acoustic folk-pop/rock song. I know I keep coming up with these weird descriptions in all the Irdorath reviews, but that is actually a compliment towards the band. They have such a unique own style. And it all blends together so naturally. A pagan folk hurdy-gurdy together with a slidgeridoo and a slightly Spanish sounding guitar to start the song? Sure, no problem. A bit of melodic rap to continue with? Yes, why not. A bit of an Arabic feel combined with a slidgeridoo? In the Irdorath world, sure, and the result is catchy as hell. Tam Nikto is the first of two beautiful ballads, showcasing Nadezhda’s powerful voice for the first time but also Anastacia on cello. I love how those two blend together. the warmth and power of Nadezhda’s voice and the warmth of the cello. Such clever songwriting, such clever arranging, I really love this band in so many ways by now. I love, for instance, how they pick up the speed halfway through Tam Nikto and make this song into a real grand musical adventure. This is songwriting at its very best. Forget about labels and names and styles. This is just 6:00 minutes of beautiful, well-composed music everybody – and I do mean everybody – should hear. The same goes for Kryly, the second stunning ballad on Dreamcatcher. I’ve been in love with this song since the first time I heard it. Even without knowing what it is about (my Belarussian is a bit rusty) I could just feel how much this song means to Nadezhda. The intent is just pouring out of her with every single note she hits. With the lyrics it gets even better for me. Nadezhda writes most of the lyrics for Irdorath and these must have been one very close to her heart. A song that so deserves to be a true classic pop song. But, there are more classic moments on Dreamcatcher. Take tracks six and seven, simply called Wedding Theme 1 and Wedding Theme 2. Well…, these were actually composed by Vladimir and Nadezhda for their own wedding! A wedding that took place……, ON STAGE!!! I hope you don’t mind I won’t tell you any more about these two songs than that. Just watch the video below. The intimate moment at two/third if the song says soo much more than anything I could write. (I didn’t even know you could kiss while playing bagpipe 🙂 ) After all this romance and all these ballads its time to pick up the pace a bit and get our dancing shoes on again. Tochka Otscheta is just he song for that. A lovely groovy Slidgeridoo takes you into this Omnia -meets-Arabian-nights type of song that is both a dancing song AND a ballad. It is also the first time you clearly hear Vladimir use his Mongolian throat singing skills, adding yet another dimension to Irdorath’s diverse musical world. And there is still more. Byu. Josť. Budu that suddenly takes you into the world of Ball Noir. Especially that hurdy-gurdy ‘riff’ could easily have been written by Lies Sommer or Marco van Asperen. Nadezhda shines on vocals again here, but also Vladimir’s spoken vocals are something special. Just another highlight on a CD that already has so many. Again, the way they build up this song to its climax gives me goosebumps. Really, and not for the first time while listening to Irdorath’s music, I have to add. Tango is a lovely way to end this CD. Another epic ballad, in English this time, building up to a lovely finale. What an A-M-A-ZING CD. But I’m not finished yet. I have saved the best for the very, very last! I am not going to bother to write a full conclusion, because I think that conclusion is pretty obvious. Dreamcatcher is a stunning alternative pagan folk-rock CD that you just MUST have in your collection. To finish it all off, I’m going to insert one final video in here. My favourite song on Dreamcatcher. My favourite song by Irdorath actually. Crank this up as loud as you dare and enjoy it! This is Irdorath! This is music everybody should hear! This is instant goosebumps on a disc! This is Dimna Juda! And I LOVE IT!!!!! Cliff Editor: Sara picture and video’s: Irdorath Guest vocals on Dimna Juda: Alexandra Grachovskaja from the Belarusian Nu metal/punk/folk band BY CRY