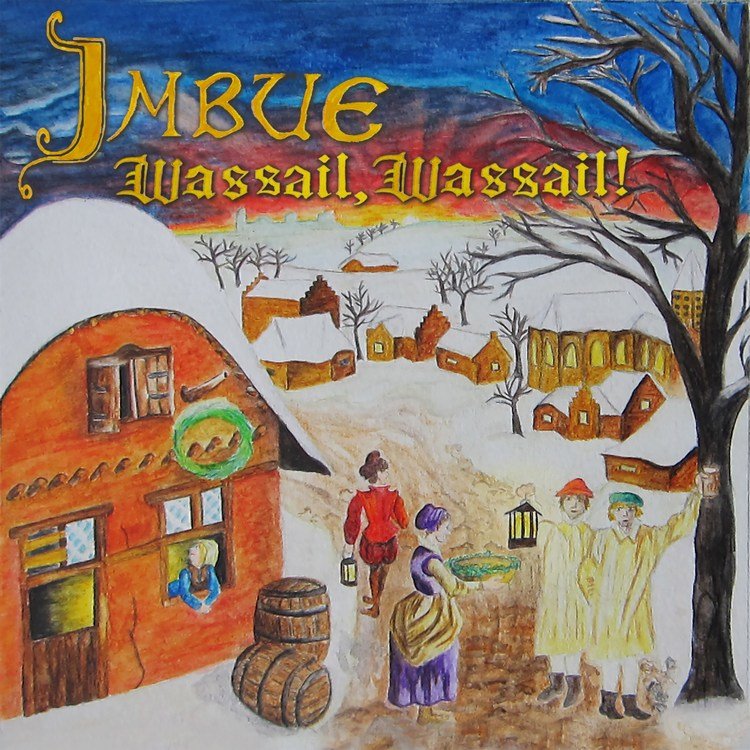 CeltCast headquarters, about two weeks ago. The new Imbue album Wassail, Wassail! arrived, a special Christmas album even. Within minutes our office was filled with lovely folky music. A cheerful recorder melody accompanied by bouzouki, Violin, and tambourine flowed out of the speakers; beautiful female vocals soon followed suit, and the chairs were put aside for a spontaneous balfolk dance. We Three Kings, the second song, followed, and again we heard a cheerful folky up-tempo song with beautiful harmonies. While the other members of the CeltCast team started another spinning dance I headed over to the computer to have a look what we are actually playing here. This can’t be Imbue, can it? This is miles, no centuries away from the medieval/Renaissance music they normally play. What happened? Did Imbue change their style all of a sudden? It was high time to give Meidi Goh, one of Imbue’s members a call and ask her all about Wassail, Wassail!

Yes Cliff, it’s correct that this album sounds very different from our other work. This is because this is actually a side project that falls outside of our core repertoire of medieval, Renaissance and early Baroque music. So no, this will definitely NOT herald a shift to a new sound, although of course we learn from each new project and take that on to the next. In this project, we explored different recording techniques and created a slightly different kind of sound. We also sang together more and Remy had the chance to use his new cornetto skills a few times. We had a really good time implementing one of the key elements of what Imbue is about in this album: finding the bridge between historical music and folk, and use that element to create a form that speaks to modern audiences, but translates the beauty of how it must have been experienced by historical audiences. 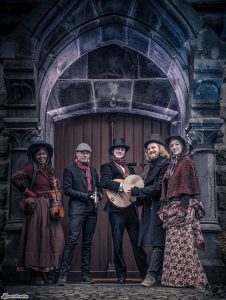 This project had a rather different birth than our previous projects. Last year we were asked to perform for several weeks at a Dickens Christmas fair, so we chose a selection of Christmas Carols that we thought would best represent the spirit of the Victorian age (This is why there are no songs about father Christmas in there, as that is post-Victorian age.) The songs of course are a lot more “modern” (and Christian) than our usual choice of songs, but we did add a few older songs, like Coventry Carol and The Boars’ Head for instance, which were both first printed in the 16th century. The interesting part in the selection of these songs is that, after choosing and arranging them, we immediately started performing them to live audiences several times a day, so we could literally directly see the reactions of people to the songs and our set. This intense period of performing helped us hone the songs and our live performance as a band a lot! As always, we looked for ways to add personal interpretations to the songs. Unlike some truly classical groups, our aim is not to copy-paste the music as historically correct as possible, but to offer a unique version of a song that adds to the rich tradition of retelling. We did this by writing our own musical bridges for some, like in Good King Wenceslas, and for a few, we combined elements from other songs. For example, in The Boar’s Head we added the tune The King of the Fairies to the original song, which we play in a minor key, instead of the original major key, giving this famous traditional a slightly more pagan and rollicking feeling. And with that, Meidi made this review redundant, because she already told you all the things you need to know about Wassail, Wassail!. But, I’ll have a go myself regardless! The first thing I noticed was the timeless feel of the songs. They don’t feel old, although they are at least 100 years old, they definitely are also not modern pop interpretations of them. Imbue really are masters in finding that perfect balance between the two, giving the music a really contemporary feel. The second thing I noticed straight away is the lack of ‘sleigh bells’. By now sleek commercial songwriting has created an instant Pavlov reaction when you hear a sleigh bell: It’s Christmas!. Staying true to the Victorian inspiration Imbue deliberately neglected to add those. And I like that actually, it puts the focus towards the songs themselves, especially the vocals. And boy are we in for a treat there. 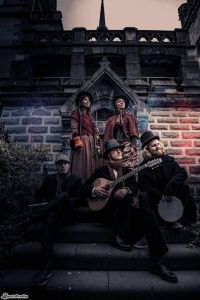 In The Boar’s Head we are welcomed by the full, rich voice of Robin Lammertink; always a fan of her voice I somehow feel this is her strongest performance yet. There is this warmth in it that I really love. But of course, she is not the only star singer in Imbue, and soon Remy Schreuder’s high countertenor joins in. It still amazes me what he can do with his voice, taking nothing away from Robin, Tim Elfring, or Meidi Goh, but what Remy can do with his voice is truly amazing. His countertenor gets another chance to shine in Good King Wenceslas, a song that brings all the high voices together, and if you don’t pay real attention you will even miss the fact that there is a male voice mingled in there. In We Three Kings we are greeted by all 4 singers in lovely harmony, urging you to join in yourself, all of them taking a solo verse themselves, meeting each other again in the chorus. Truly luscious. But the real treat for me is the a capella sung Coventry Carol. It takes me back to my youth, hearing my mom sing with the church choir at the midnight mass, the evening before Christmas. I am an atheist, but the joy of hearing that choir sing on those special nights for so many people, is a cherished memory, and Imbue brings it right back in a beautiful way. Well recorded too, It really sounds as if it is recorded in a large hall or even church, and boy do those voices marry together perfectly. Another thing I noticed is the relatively sober instrumental accompaniment to the songs. The first 2 minutes of The Three kings for example are just bouzouki and percussion, only adding a recorder and violin during the solos, giving the voices all the room they deserve; a trick Imbue use more often. The solos themselves are also less frivolous as I’ve come to expect from Imbue: again it is all in support of the vocals. And honestly, I think it is a good choice they did so. For me, it all comes together perfectly in Gabriel’s Message. It is a spiritual ballad, featuring Robin’s stunning voice; expressing every ounce of emotion she could find in and between the notes. Laurens Krah’s bouzouki, Remy’s recorder, Meidi’s violin, Tim’s percussion, even some warm brass sounds sneaking in there, (which is actually a cornett or cornetto, an early wind instrument that dates from the Medieval, Renaissance, and Baroque periods, popular from 1500 to 1650), all these instruments are all there to support Robin’s truly beautiful interpretation of this song. If you love classical style singing, this is a treat. If you are not familiar with it, this is the song to listen to. Imbue didn’t take the easy route giving us a Christmas feel, leaving out the indivertible sleigh bells, but also waiting to the very end with the obvious Christmas classics: Deck The Hall and Angels, from The Realms Of Glory, and I commend them for it. This is an album that takes me back to my young days, before Sky radio, Band-Aid, Mariah Carey, and Wham’s Last Christmas. Back to the time where my mom would play choral Christmas elpees, Mario Lanza and Bing Cosby’s White Christmas album, and to her singing at home practicing for the big night. Rather special memories, especially in this odd year. Imbue do it in their very own way, somewhere between classical music and folk, building a bridge between Victorian times and the music of these modern days; taking you back to those huge Victorian houses where families would gather around and sing together. Will you join in? – Cliff Editor: Sara Cover art: Robin Lammertink Pictures: Hermann Kurz