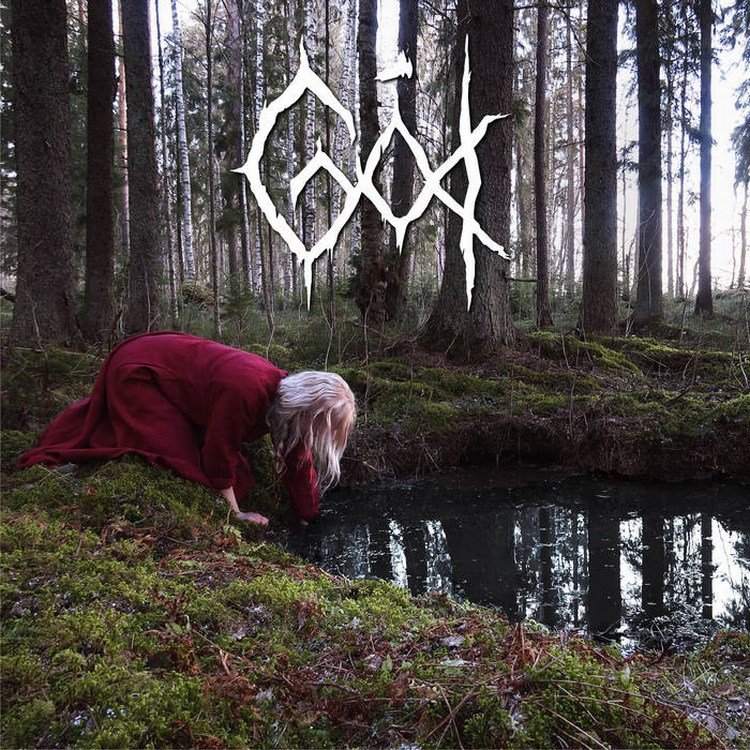 Gói is a young and very promising dark historical folk project that Ilona discovered on Bandcamp. The and started out as a trio, consisting of Rauni Hautamäki (composer, multi-instrumentalist and vocals), Samuli Ylinen (sound engineer) and Iida Mäkelä (composer, talharpa, mouth harp, percussion, vocals), the latter recently leaving the band as a full bandmember, but still involved with bits of Gói’s music as a (to quote Rauni): ‘Dear devil behind our back‘. Musically the band can be put under the ever-growing Nordic historialc folk umbrella. The band themselves on the subject: ‘- We create music with an ancient touch. We aim to enliven the image of Western Finnish history by telling stories and using the South Ostrobothnian dialect of our home region. Our music aims to create authentic and intensive soundscapes.‘ Well, every word of that is true, and they do it in a truly captivating way. Time to discover the beautiful musical world of Gói and I can assure you, it contains a couple of surprises.

The first surprise is the theme. You would expect Scandinavian historical folk bands to be influenced only by Nordic mythology. Stories of Asgard, Odin, Loki, Yggdrasil. This is not the case for Gói. The musicians originate from South Ostrobothnia – a region in the southwest of Finland- where between 400 and 800 AD a prosperous centre of Sami and Finnish tribes could be found. Although overshadowed by our modern-day interest in the Viking culture, it was a really important trading centre even before the Viking times, placed right between the old Scandinavian tribes, living in modern Norway and Sweden on one side and the Russian mainland on the other. It is that combined Sami and old Scandinavian background that is really important in the music of Gói. Their name itself, for example, comes from Gói Thorrisdotter, the daughter of Thorr, King of Götaland, Finland, and Kvenland who can be found in some old Scandinavian saga. The themes in their music pick up elements of both Sami- and Scandinavian mythology. I’ll pick up on the second single Saivo-released in April 2020- first, because it is a perfect example of this mix. It starts out as I expect it to from a Nordic folk band: dark, tribal, and ancient. A deep drum, hushed breathing, and an eerie, low sound lead you through the sound effects of someone or something walking in the deep snow leading into a watery cave? Intriguing, to say the least. In an interview our Cato did with Gói’s main composer and vocalist Rauni Hautamäki she explains how she creates these wonderful soundscapes and songs: Reading the elaborate liner notes on Bandcamp, I learn the song tells the story of a Noaidi, a Sami shaman, traveling in the form of a blindworm to Saivo, one of the Sami worlds of the dead. Among the Finnish Sami tribes, it was believed Saivo could be found under special double-bottomed lakes. On the surface it would be a calm pool of water, but under its surface existed another realm, upside down, where all manners of deities and spirits of the dead resided, and the way to reach it was through a small hole as Rauni explains in the next soundclip. As I already said the history of their homeland, South Ostrobothnia plays a big part in Gói’s music, making it a true historical folk band. A second thing that you will notice straight away are the impressive soundscapes the band creates, which equal those of Wadruna, Heilung, and Sowulo. If you consider the extremely limited budget the band had to work with, the sound on both Saivo and Vainolaanen is even more impressive. Huge credit to the young sound engineer Samuli Ylinen. Based on these two songs I predict he has a bright future ahead of him in music. But not only him, because as Rauni explains a LOT of thought goes into creating those soundscapes. Well, listen to Saivo and you will hear all of it. After the eerie intro, I expected the drums, the music, to carry on at a slow, tribal and mystical pace, as is quite common in the dark folk genre, but not Gói. The beat is relatively fast, heavy, and quite danceable, almost trance/ambient like. Although all the typical dark folk elements are there: deer bone percussion; mouth harp; dark, low soundscapes; whispered vocals; and intense misty breaks in the music, it is that dance rhythm that makes this a really original, catchy track. Well worth checking out. The 2019 single Vainolaanen is even better, even more intense. Deep male vocals, strong drums, and whispered female vocals instantly fill your ears, dragging you deep into the cold, immense Finnish forests. The ancient music echoes between the shadows of the old pine trees, the spirits of the night hidden in the white blur of a freezing snowstorm. Somewhere a tribe gathers around their shaman, commencing an ancient ritual. Deep, dark, and immensely impressive: that is how Gói sound on Vainolaanen. Is it a hunting song, or a warrior one? I can’t tell, but I can tell you it’s intense – very intense! Just put on your headphones, listen and you will feel the pace of the hunt creep into every inch of your body. Again the rhythm is slightly faster and more danceable than I normally expect, bringing the music close to Kati Rán’s song Suurin, from her epic Lys album. The music of Gói has that same breathtaking quality: it is intense, the compositions are good, the vocals at times stunning, and the lyrics drenched with ancient Nordic mythology. Both singles Saivo and Vainolaanen make a really promising debut, one that makes me crave more, much more. Will there be? Cliff Interview: Cato Verhoeven Editor: Iris Pictures: – Valtteri Mäkelä (1,2,3,5) – Rauni Hautamäki (4)