With our Monthly Marker we try to shine a light on something that we would like to see get some more attention.

Sometimes this is a festival, sometimes a new album, or maybe a band. This month we would like to introduce you all to someone who has been living a life in the world of music for a long time, yet can easily be seen as a new face in the world of folk music. Mojra has studied music and has an extensive background in singing, dancing and musical education. This, combined with an artistic approach, led to her starting as a storyteller. Mixed in with these stories she adds beautiful traditionals that through the lovely sound of her voice carry the listener into a dreamstate. This, at least, is what happened to Alex when he saw her performance at the Castlefest Academy last summer. Right after the show he approached her to ask if she had any recordings, which she hadn’t. But it did get her thinking, and she does enjoy a challenge, so right after getting home Mojra dove into the studio and recorded An Raibh Tu ar an gCarraig, and we couldn’t be happier that she did, as Alex and Arjan were immediately blown away by the song and within seconds decided that this would be our next Monthly Marker!

The song itself also has a whole story behind it. It is an Irish traditional from the 17th century that appears to be a love song (Where you at the rock, and did you see my love there?) but it actually contains a secret message. “The rock” meant the altar and “my love” the priest, as this was a time when British Protestants were actively persecuting Catholics. In the second verse one could answer yes or no, indicating that it was or wasn’t safe to meet for worship that day. And since the song was sung in Irish, the English never had a clue!

Nowadays in most parts of the world religous persecution is fortunately not a big issue anymore, which leaves us with the ability to just enjoy the sheer beauty of the song. Please just sit back, close your eyes, and let Mojra’s beautiful voice carry you away, just like it did us.

With the new month coming up, so is a new Monthly Marker.

Watch to see Alex tell a bit about the song and the good times ahead and check out Berit’s part in it! 🙂


We have a new Monthly Marker!

I think we all know by now that starting a new month also means that we have a new Monthly Marker! We use these markers not only to highlight bands and artists that we love, but we also tend to combine it with a festival that we will be attending during that month, and so it should come as no surprise that for this months Marker we looked at the bands that will play at Festival – Mediaval !

Now, there are several bands that play there that are just too far outside of our format, and even more bands that we haven’t been in contact yet, so we just don’t have their music…yet. But one band really jumped out at us, and that is Danceperados Of Ireland ! Their blend of emotional music and high energy “danceables” makes us here at CeltCast very happy, and so we are proud to announce that we chose one of their songs as our feature track this September! The song we chose, from their 2016 album ‘Life, Love and Lore of the Irish Travellers’, not only radiates happiness in its very danceable, upbeat sound, but the title of the track immediately reminded us of the feeling that we all know and live from festivals. So please enjoy ‘Session at the Campfire’ with us five to six times a day throughout the whole month, and we hope to see you all at Festival-Mediaval XII , either in person or online! 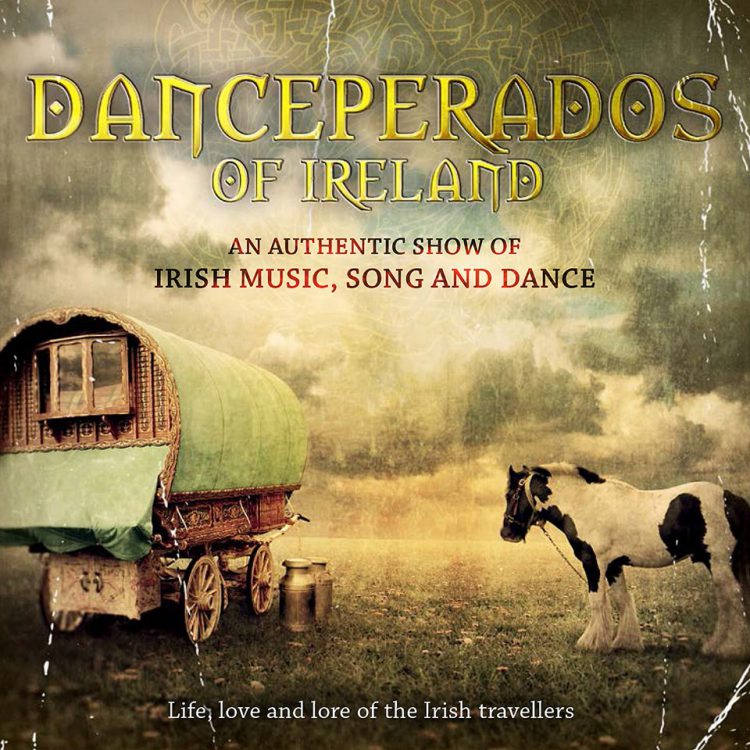 As we start the second half of the year it’s also time to introduce the new Monthly Marker! We’re very much looking forward to meeting our friends of Greenrose Faire again at Fantasy Forest at the end of this month, so together with the organisation of this festival we chose one of their songs for the month of July!

We chose ‘Never Walk Alone’ which was released as a single in 2018 and is of course a part of Greenrose Faire’s latest album ‘Riders In The Night’. This upbeat folky dancing song will have you up and about, jumping and spinning in no time, so put on your dancing shoes (or go barefoot with us) and let’s hop our way towards Sudeley Castle !

If you like the song and want more, you can find all of Greenrose Faire’s music on all worldwide streaming platforms, so there’s no reason not to sing along when you finally get to see them on stage!

Do you remember that we told you about Rosanne’s talent and hard work providing us with custom banners for each upcoming festival? Sure you do, we told you that yesterday! Well, here’s another prime example of that, our new banner that will fly high above our Facebook page in the two weeks leading up to: Zomerfolk ! Keep a close eye on our page as we will share more information on this awesome festival in the coming time.

But, the reason for this post is of course to announce our new Monthly Marker, and this time YOU were able to choose the song! Several weeks ago Alex joined Maceál in his weekly livestream, and together they opened up a poll so that you could pick the song from Rapalje Celtic Folk Music ‘s latest album “Scotland’s Story” for us to play as Monthly Marker, and also for Rapalje to release as their first single onto all major online platforms. And the choice you made? Drumroll please……”The Strayaway Child”!

This song will be playing five to six times a day, all through the month of June, enjoy! And remember, we will be at Zomerfolk in two weeks time, with some of those one of a kind collectables in the form of buttons. So as always, come join the party over there, and trade a hug for a beautiful new button!