We open the week again with an update about the albums that have been placed on the new server. There’s so much beautiful and timeless folk music! It’s very special to take a closer look at our “old” albums. My work is reaffirming that we are spreading a lot of positive vibes with all this fantastic music! 🍀

Most albums were old acquaintances, and there was also an older album of Skrömta (a highly energetic folk band), which we didn’t have in our collection yet. Great music with lots of energy! And, the beautiful album of HarPetra from 2018, which we acquired at Fantasy Fest Rijswijk a couple of weeks ago! Harp music to dream away with …
The Orfeo album from 2014 reminds us of a time that CeltCast wasn’t airing yet. Erica Lowis is still regularly in our thoughts. Her music collection supplemented ours when she sold it to us, for which we are still grateful.

And of course OMNIA, the band with which everything started for Alex Sealgaire and me ( Ilona CeltCast ). On the album “Live Religion” are recordings in a church, together with our friends of FAUN ! I hadn’t listened to this album for a long time. 🎻

Actually… there’s one thing all the albums in this photo have in common: they form a collection of special music and artists who have an important meaning to us, to our folk scene, the balfolk scene and therefore for CeltCast – Community Radio! 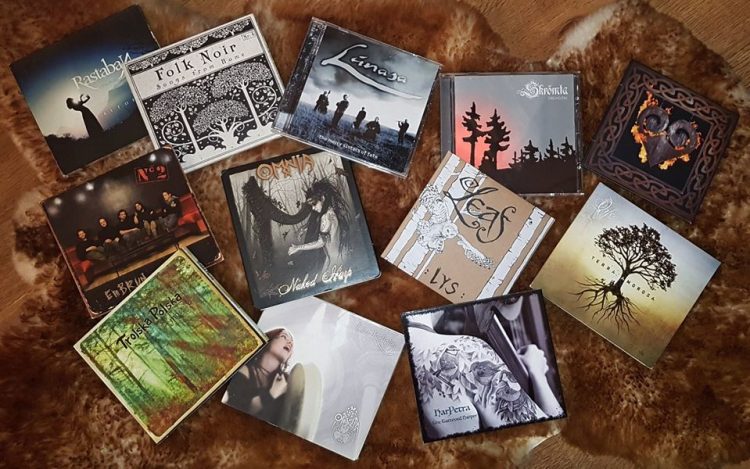 From Russia with Reels – Frauke

This week we once again added new music to the stream. Some albums we acquired at the Midwinter Fair, which is within cycling distance from Alex’s home, but others had to come from lands far beyond our horizon, travelling from hand to hand through what we refer to as our Community.

Here’s the story of how the wonderful music of Random Reel reached our shores.


Once upon a time in Mother Russia. 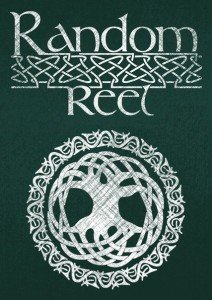 Not so long ago I randomly offered my services to Alex. As a big folk music fan, I didn’t mind helping out a bit, but as a German-Russian interpreter to be I didn’t expect I could really be of use.

Strangely enough Alex contacted me a while later asking me for a favour. He wanted me to contact “this Russian band they had found out about”, but could only contact through VK, which is the Russian version of Facebook.

I then translated the mail CeltCast wanted to send and I quickly got an answer from Random Reel’s bagpipe player. They were eager to accept our offer and share their music with CeltCast. They even invited me to their gig in Kazan!

Oh, I forgot to mention my university shipped me off to Moscow for several months. 🙂 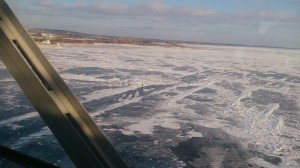 I was keen on some travelling so I asked a few of my colleagues to join me on the trip I was planning. That’s how we ended up taking the night train to capital of Tatarstan, a 13-hour ride through Russia’s middle of nowhere. The beds in the train were very decent, and if it wasn’t for the tropical 33°C and the snoring Russian woman I probably would’ve gotten some sleep! I slept for three hours in the morning and woke up to see some beautiful landscapes outside. We even crossed the completely frozen Wolga and saw some minuscule dots which appeared to be people fishing in the ice. 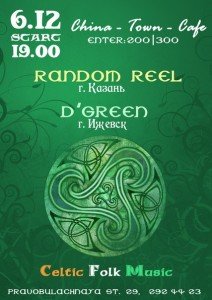 Kazan is a very beautiful city. Probably not the first one you’ll think of when visiting Russia, but it’s definitely worth mentioning. Compared to the other city’s I visited, this one was much more quiet and peaceful. But we were here for a show, let’s not forget that! On Saturday, the 6th of December, Random Reel celebrated its 3rd birthday. Upon arrival we were warmly greeted by violin player Elvira and introduced to some people. As the first band, D’Green, hadn’t arrived yet, so we could sit down and have a drink.

The show itself was a blast! It had been a long time since I saw so much atmosphere at a concert. Random Reel has many members and they all look so different, but in the end they fit together perfectly on stage and share a passion for traditional Irish folk. The sound was pretty decent for the many instruments they had. I could clearly hear everyone except for the percussionist and the flute player, but the reason for this might be that I was standing left of the stage and not directly in front of it. But how could I when most of the room was occupied by people dancing and having fun?! I am more of a quiet listener, but nevertheless I enjoyed the sight of this. 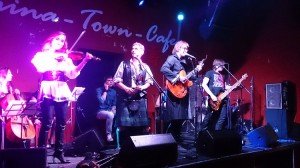 Random Reel, clearly enjoying their set, played their own version of the usual traditional Irish songs, so that I could sing along even though I’d never seen or heard them before. But they also played some traditional songs with Russian lyrics and they even did a folkish cover of ‘Knockin’ on Heaven’s Door’! Of course they also have songs of their own, especially ‘Towards the Sun’ is a song that’s still occasionally stuck in my head.

After the show we talked some more with the violin player and I received their EP ‘Roots & Leaves’. I was secretly very happy I had to wait before sending the CD to CeltCast until I was back in Belgium. That way I could first enjoy the CD myself! We then also met singer and guitar player Timur, who was very fluent in English as you can hear on their CD. Afterwards we were invited to the after party by bagpipe player Ivan, with whom I had had contact before travelling to Kazan. They offered us a ride, but since my colleagues weren’t sure about it yet, they even looked up a taxi for us! In the end my colleagues were too tired and I went back with them to the hostel…

I quickly got this gnawing feeling of regret, but lucky as I always am Ivan texted me the address of the after party and after a short cab ride, I was sitting in a Russian apartment along with the talented Russian musicians of D’Green and Random Reel. Russian people, Russian hospitality, Russian food and… well, Irish music! It didn’t take the musicians long to pick up their instruments again and start a random jam session in the kitchen. If it wasn’t for the early plain we had to catch, I would’ve stayed there all night to enjoy the music. After the goodbyes and many hugs it was time for me to go to sleep.

This is an experience I won’t easily forget. I went to Kazan for CeltCast but was presented an entertaining show with talented, passionate musicians and a dancing crowd that occasionally went totally wild. This was the story of how I got to meet the friendly, hospitable and very grateful members of Random Reel and how I came to the conclusion that even in Tatarstan, they make pretty damn good Irish music! 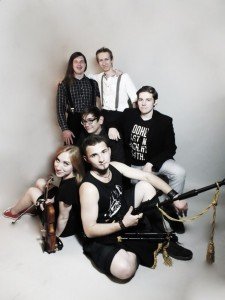